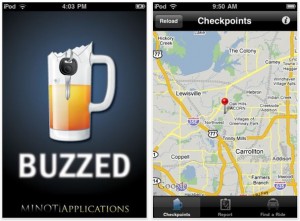 A couple months ago, a few DUI checkpoint apps in Google’s Android Market, RIM’s BlackBerry App World, and Apple’s App Store made a big stir among politicians. RIM immediately removed its questionable apps, while Google declined. Apple claimed that since the apps weren’t in violation of its insanely long App Store guidelines, the company couldn’t justifiably yank the apps from the App Store. Until today.

Following a request from Senate Majority Leader Harry Reid, Apple has revised its App Store guidelines, Section 22.8 to ban DUI checkpoint apps. The revision reads: “Apps which contain DUI checkpoints that are not published by law enforcement agencies, or encourage and enable drunk driving, will be rejected.” These aren’t the first apps to cause a bit of controversy: a “gay cure” app had people up in arms just a few months ago.