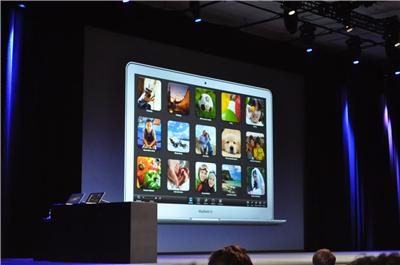 Apple’s Phil Schiller, speaking at today’s WWDC keynote, outlined some interesting numbers relating to Macs and their growth in the personal computer sector. First, he mentioned that there are some 54 million active Mac users out there. That’s a lot, though skeptics will point out that they are still hugely outnumbered by PCs. But what of that all-important growth factor?

Schiller said that Macs have seen 28% year-over-year growth, while the PC market has actually shrunk by 1%. And they’ve been beating PCs on growth for five years straight now. What the effect has been of smartphones and tablets on these numbers is probably too complicated to get into right now. But Apple is definitely pushing the notebook world: 72% of their computers sold are notebooks. I would presume to say that the majority of the rest would be iMacs, then a small percentage of Minis and Pros.

It’s still a small piece of the market when you consider all the servers, low-cost desktops, and yes, netbooks out there right now, but Apple’s growth shows no sign of abating, and the hugely popular iPad drives Mac sales like crazy. We’ll have more news from Schiller and Jobs as the keynote continues.