As you can tell from the numbers copied above, that means Evernote attracted about 4 million users since the beginning of this year, but more importantly, the number of premium (paying) users has more than doubled in the past 5 months (from ~200,000 to ~425,000).

The startup owes a lot of that growth to its cross-platformness: it offers native apps for Mac, Windows, Web, iPhone, iPad, Android, BlackBerry, Windows Mobile, HP WebOS — with support for more apparently on the way according to today’s company blog post.

According to Evernote, 75 percent of its user base uses 2 or more platforms to access its service (some power users apparently use as many as 10). 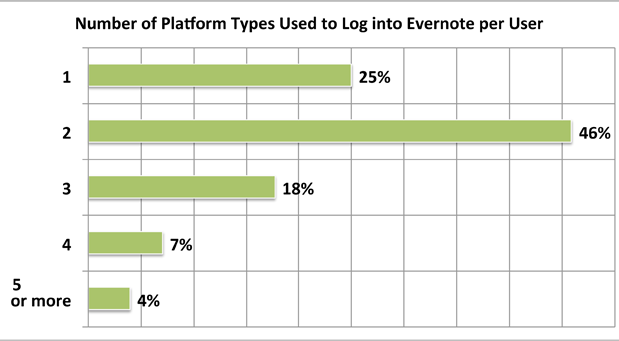 Late last year, the memory enhancement service (or versatile notetaking app if you want) raised a $20 million round from Sequoia Capital and Morgenthaler Ventures.

Part of that money will be spent on buying a new iPad 2 for every one of its employees – that was Evernote management’s promise if they were able to reach 10 million users by their three-year anniversary (24 June). Happy unpacking to (the more than 60 of) them.