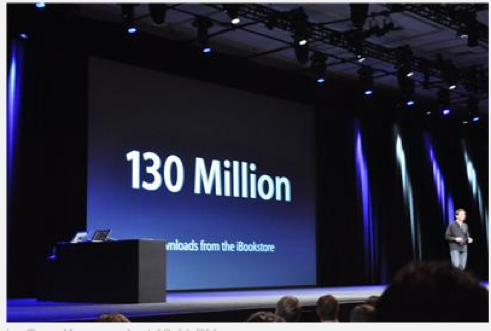 Apple just revealed a number of impressive stats at its WWDC developer conference. The company says that 15 billion songs have been sold from the iTunes Store, making it the number one music retailer in the world.

Around 130 million books have been downloaded from the iBookstore and all major publishers are on board, says the company. And 14 billion apps have been downloaded from the App Store in less than three years. There are currently 425,000 apps in the App Store, and 90,000 are just for the iPad. And Apple says that there are now 225 million credit card accounts listed with iTunes.

Apple has also paid out more than $2.5 billion to developers building off the iOS platform. Wow.