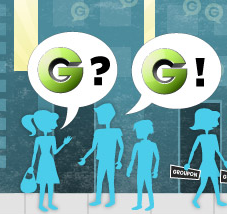 Groupon has just filed its form S-1, paving the path for an IPO in the near future (the news isn’t a big surprise, as an impending IPO has been rumored for some time). As part of the process the company has to disclose many of its key stats — like the fact that it has Q1 2011 revenues of $644 million but is actually still losing money because of its rapid expansion. It also outlines the cap table, giving an overview of who owns how much of the company.

As you can see in the table below, Groupon has Class A and Class B common stock, which are identical save for the increased voting rights given to class B (how many more votes each Class B share gets is yet to be determined or disclosed as there’s actually a blank in the S-1 where it says how many votes per share Class B gets).

Here are the largest shareholders of Class A Shares, which make up the bulk of the outstanding shares:

Eric Lefkofsky, who was a cofounder of ThePoint (which became Groupon) and originally financed the company, has 21.6%.

New Enterprise Associates, which invested in ThePoint and then invested again once the company had become Groupon, holds 14.7% of the company.

Also important is the distribution of Class B shares, which, while making up a small percentage of the overall shares, likely have much higher voting rights:

Both Lefkofsky and Mason have 41.7% of Class B shares.

Bradley Keywell has 16.7% of the Class B Shares. 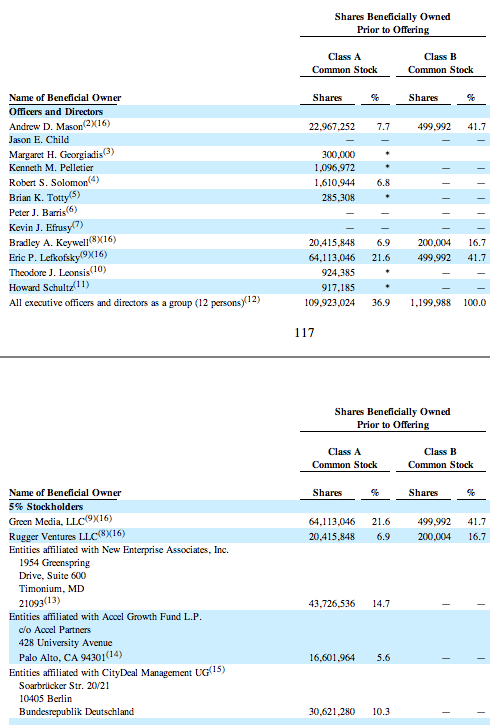