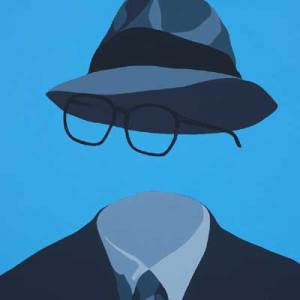 In Silicon Valley the terms of venture capital deals, the prices of valuations and the real stories of ousters are routinely dished, whether they always show up in the press or not. Sure it’s all off the record or on background or whispered at a coffee shop, but people who live here love what they do and when companies and valuations grow this quickly, it’s hard to keep the juicy details under wraps.

So when they can’t dish, what do they do? Hide.

No one wants to mess with the Securities and Exchange Commission. So I should have realized sooner the reason why so many attendees that I usually talk to at conferences seemed to vanish into thin air during the All Things Digital Conference.

The Greylock partners– four of them were here– were all conspicuously absent the last few days. LinkedIn founder and Greylock partner Reid Hoffman was here….supposedly but I never laid eyes on him. Ditto James Slavet. And John Lilly was around opening night, but I didn’t see him again. I saw David Sze at check in, but he only resurfaced again an hour or so ago looking for a lost phone. It was the first time I’ve ever seen him refuse to stop and chat. Moments later, the Groupon S1 came out and Pandora priced. I don’t know if he ever found his phone, but fortunately he’ll soon be able to buy about zillion replacements.

Andrew Mason was supposed to sit down with us after his fireside chat, then suddenly had to leave immediately. And of course Mark Pincus pulled out of the conference at the last minute altogether, spurring Zynga IPO speculation. This after Hoffman, the Pandora founders and several others politely declined our invitations to speak at New York Disrupt, saying our San Francisco conference was far better timing. (I should note that Marc Andreessen was also nowhere to be seen except on stage last night, but that’s just Andreessen.)

It’s tough days to be a tech reporter trolling the halls for news, when the newsmakers vanish. Nearly all of Groupon’s investors, its press people and its CEO were all in the same hotel with the tech press elite and somehow the story didn’t leak. Score one for the SEC and a big fail for the tech press. I’d resign in shame, if every reporter here didn’t fail just as terribly.

So who was visible in the hallways this week? Two people of note: Twitter CEO Dick Costolo and Facebook CEO Sheryl Sandberg. Indeed both were quite cordial and easy to find, roaming the halls for several days without handlers. In absence of other news coming out of this event, take that tidbit for whatever it’s worth.