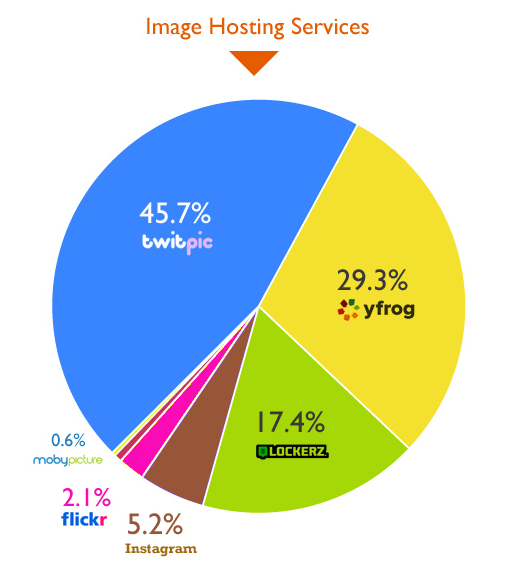 As we heard yesterday Twitter is partnering with Photobucket to allow users to upload a photo attached to a Tweet directly from Twitter.com’s web and mobile clients. This, of course, is interesting considering the competition from the existing number of photo-sharing apps that are built on top of Twitter’s API. TwitPic, yFrog, Lockerz Photos (formerly Plixi), and others all now face competition from Twitter’s new photo-sharing feature. Social media monitoring and analytics firm Sysomos took a look at the current photo sharing space on Twitter, examining how and where people are sharing their photos.

While Sysomos took a snapshot of one day of photo-sharing on Twitter, the firm says that they did a sampling of others days as well and the results were similar. On May 30, 14.9% of all tweets contained a link. Of all the tweets from that day 1.25% contained a link to a picture from a photo sharing service, indicating that one-twelfth of all links shared are photos. On a busy day, Twitter users send around 170 million Tweets, so 2.2 million Tweets daily link to pictures from third party services.

As Twitter continues to “fill holes” in their product, the company is encroaching on the territory that third-party developers have commanded for the past few years. It’s unclear how Twitter’s new photo-sharing service will affect third-party photo-sharing sites but taking a look at past cases of where Twitter has entered a market shows that these apps may be in trouble.

After Twitter started to develop and offer their own full-fledged clients, market share for third-party clients has definitely decreased.

As Fred Wilson advised startups last week at TechCrunch Disrupt, “Don’t be a Google Bitch, don’t be a Facebook Bitch, and don’t be a Twitter Bitch. Be your own Bitch.” 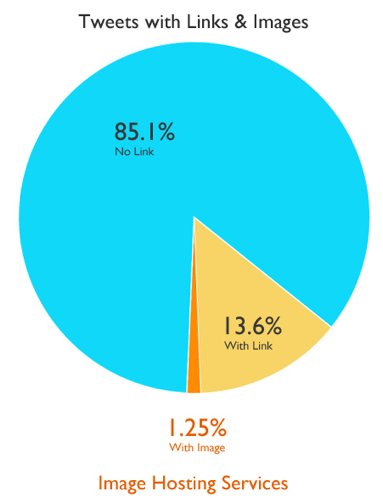