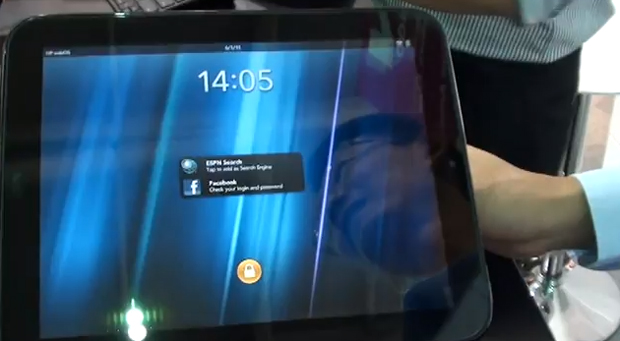 HP! SanDisk just crashed your party! Deep in the seedy show that is Computex Taipei, SanDisk is showing off one of its latest partner devices. Yep, they have a fully functional HP Touchpad.

The SanDisk booth rep seems rather excited to show it off in front of the camera and runs through nearly all its functions in the 4:49 video. Overall the device seems to have changed very little since we played with it at its launch back in February. The biggest improvement seems to be the response time. It wasn’t exactly slow before, but it seems downright snappy now.

The Touchpad is set to hit retailers sometime this month and previous leaks, mainly from Walmart, stated that the tab will come in 32GB and 64GB flavors at a starting price of $599. But the SanDisk rep in this video clearly states that there will be a 16GB version, which will hopefully fill the $499 price point.