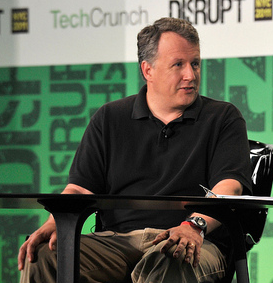 Last week at TechCrunch Disrupt, Y Combinator cofounder Paul Graham took the stage for a highly engaging interview with Charlie Rose, during which he discussed how Y Combinator got started and what exactly they’re looking for when they’re deciding who to invest in. During the conversation, Graham mentioned that the total value of YC companies is now something like $3 billion — and YC has only invested around $5 million total (their investments are generally around $15,000 each). In other words, they’re killing it.

Today, Graham has written a more detailed post looking at Y Combinator’s numbers, and gives an even larger number for the combined value of the top 21 companies that YC has funded: a whopping $4.7 billion, which puts the average value of YC-funded startups at around $22.4 million. To be clear, Y Combinator’s stakes don’t add up to $4.7 billion — it generally takes a 2-10% stake in each startup that gets diluted over successive funding rounds. But they’ve still got a substantial stake in some very big companies.

Graham also explains how he arrived at the figures in the post — Y Combinator has actually funded 316 startups including the summer round that just began, but he’s ignoring companies that were funded less than a year ago. This, he explains, is because many of the companies from the previous batch don’t even have valuations yet, since they all took $150k convertible notes as part of start fund. And he only calculated the figures for the top 10% of YC companies because their valuations are very heavily skewed (companies like, say, Dropbox or Airbnb have valuations that likely exceed dozens of other YC companies combined).

But he adds that all of these numbers are speculative and highly volatile, and that their estimates could be way off.

The real lesson here though is how long it takes to measure performance in this business. We’re 6 years in, and we could easily be off by 3x in either direction. Startup outcomes are unpredictable, and the outcomes of their investors doubly so, because it’s hard to say whether the big successes are repeatable, or if the investors just got lucky. Even 6 years in, all we can say is that the numbers look encouraging so far.

For more, be sure to read his original post. And watch his Office Hours at TechCrunch Disrupt, which were easily my favorite part of the conference.