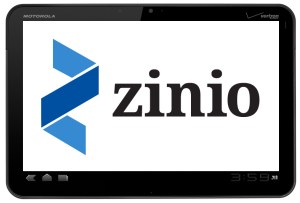 The popular virtual magazine marketplace Zinio has arrived on Android 3.0, bringing its stable of titles (including Rolling Stone, Popular Mechanics, and Us Weekly) to the likes of the Xoom and Galaxy Tab 10.1. The Android tablet market may not be anywhere near the size of the iPad’s, but they’re getting in there early and putting their foot in the door.

As a tablet-warming gift, you get two dozen free/sample magazines from their most popular lines if you download the app before June 15. What do you have to lose?