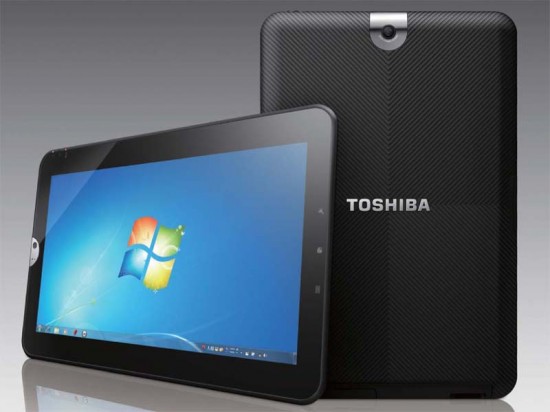 Toshiba may have delayed its Honeycomb tab, but the just-announced WT310 shows the company hasn’t delayed all products in this form factor. The Windows 7 slate runs on an Oak Trail Atom Z670 and 2GB while packing a 64GB SSD, 802.11b/g/n chipset, Bluetooth 3.0, 2MP front & 3MP rear camera along with USB 2.0, HDMI, and a SDHX card slot. Sounds great, right? Well, at least for a Windows 7 tablet, that is. There’s a bit of bad news though. Only the Japanese release was detailed and it seems that Toshiba has bypassed the consumer market and is releasing this one only to the enterprise crowd sometime next month for a yet-to-be announced price.