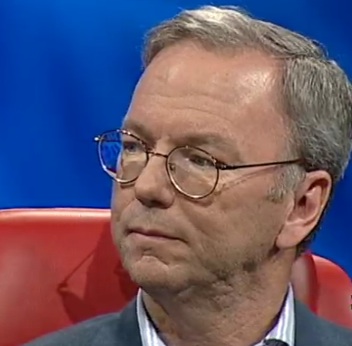 Every technology era has its four horsemen driving growth and innovation. In the 1990s it was Microsoft, Intel, Cisco, and Dell. Today, there is anew “gang of four,” as Google chairman Eric Schmidt puts it. They are Google (of course), Apple, Amazon and Facebook, and they are behind the consumer revolution on the Internet today. Not only are all four companies “growing at incredible rates.”

Schmidt notes that all four are together worth about half a trillion dollars, they are all platforms in their own right, and they are all basically spreading their power where before there was only one company who had such influence: namely, Microsoft. But “Microsoft is not driving the consumer revolution,” Schmidt notes (although they still do well in the enterprise).

The Gang of Four compete and cooperate in various ways, but each has its own strengths: search (Google), social (Facebook), commerce (Amazon), and devices (Apple). Although relations with Apple are not as cozy as when he sat on its board, he notes that Google just renewed it maps and search partnership with Apple.

As far as Facebook is concerned, Schmidt says “Facebook has done a number of things that I admire. For years I’ve said we’ve missed something, which is identity.” Facebook is the first generally available identity system that works across much of the Web. Schmidt argues that “the industry would benefit from having an alternative.” Obviously, he wants Google to be that alternative. Also he tries to position Google’s upcoming social features as ways “to make our own products better” rather than trying to go straight up against Facebook. Schmidt made his remarks at the D9 conference.