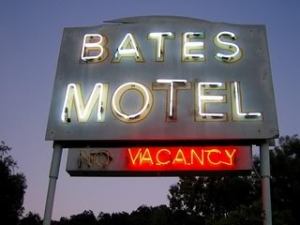 Some months ago, before the company was worth a billion dollars, I shared some thoughts on Airbnb.

Specifically, in what some mischaracterized as an attack on the company, I criticized those whose worship at the altar of Disruption is so unconditional that they don’t think Disruptive companies should be hidebound by the law. If Disruptive entrepreneurs are so clever, I argued, they’ll find a way to either work within the law, or to lobby to have it changed, rather than simply flouting it.

In the case of Airbnb, the law being challenged was New York’s S68730-B/ A1008-B (aka the “illegal hotel bill”); a proposed piece of legislation designed to prevent slum landlords from scamming tourists into staying in hastily converted deathtrap SROs. Or, as the Disruption cultists saw it,a desperate attempt by the hotel lobby to drive the mighty Airbnb out of business.

Two recent developments have finally given lie to that delusion. The first is Airbnb’s recent boast that on any given night it books more rooms than the largest hotel in NYC. That impressive sounding claim actually puts into perspective the threat that Airbnb currently presents to traditional hotels. The largest hotel in New York City is the Hilton, with 1,980 rooms – meaning by their own reckoning Airbnb is Disrupting just 0.03% of total New York hotel rooms. This in the city with the highest average room rates in America.

Secondly, as CEO Brian Chesky admitted on stage at TC Disrupt, conversations with New York lawmakers soon revealed that the city had no idea Airbnb even existed, let alone that the proposed law – which was genuinely designed to clamp down on criminals – would negatively impact them.

Realising that the City of New York wasn’t trying to put him out of business, Chesky did some lobbying of his own. The result: legislators have proposed an alternative bill that suits everyone, Airbnb continues to go from strength to billion dollar valuation and Chesky isn’t going to jail any time soon. (By comparison, sharing the stage at Disrupt was Uber‘s Travis Kalanick who boasted that he’s currently facing 20,000 years in jail for his bold defiance of the law. Total number of Uber cabs available to NY Disrupt attendees: 0)

As a permanent hotel dweller, and the son of two hoteliers, I’m conflicted by Airbnb’s modest but undeniably growing impact on the hotel industry. On the one hand, anything that makes it easier for people to pack their entire lives into carry-on luggage and city hop their way around the world – which Airbnb demonstrably does – is a good thing. On the other hand, I love hotels and I want the industry to survive and thrive.

What doesn’t help resolve my conflict is how stubbornly my beloved hotel industry refuses to embrace the same Disruptive ethos that has driven Airbnb to its soaring valuation.

For example, it’s ridiculous that there’s no Airbnb for independent hotel rooms, especially given that smaller hotels have the most to lose from customers shifting to private room rentals. Such a site could foster the same feeling of community as is found on Airbnb while also facilitating better price elasticity: publishing a top line rate, but allowing for private negotiation when it comes to long stays, block bookings or repeat stays. It would also provide an alternative for travellers who want a more homey alternative to soulless corporate hotels but still prefer the peace of mind that comes from a professionally run establishment. (For all of Airbnb’s boasts that no-one has been murdered in one of their rooms, there are still a hell of a lot of freaks out there)

Broadening the disruptive scope still further, I also like the idea of a Zipcar-for-hotels where, for a fixed monthly fee, frequent hotel stayers have access to a set number of hotel nights in whatever city they happen to be visiting. Say, $200 a month for three nights in any city, rising to two or three thousand dollars a month which would allow you to live permanently in any – or all – of the site’s network of independent hotels. To be admitted in to the network, independent hotels would have to agree to honor a fixed rate across the month and to set aside a fixed number of rooms for members (to ensure there was always sufficient inventory). Equally importantly, they would have to offer certain features as standard: free wifi, no resort fees, late check out and flexible cancellation policies, for starters.

Obviously, in such simplistic form, each of those ideas probably deserves to live and die on the back of a paper napkin; there’s a reason why I’m not an entrepreneur any more. But my broader point stands: it’s inevitable that an equilibrium will eventually be found between sites like Airbnb and traditional hotels — that point will be reached far more quickly, though, once hoteliers start to take lessons from their Disruptive rivals.