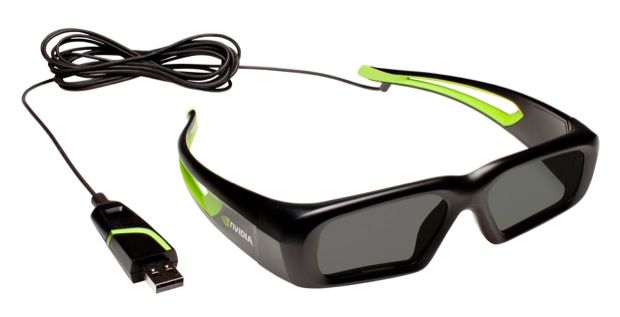 If you have a 3D gaming rig, the biggest problem you have is showing it off. You can either run the game wear the glasses and then say “I swear, it’s 3D!” or you give your friend the glasses and show him or her what to do and then you can’t share in the joy. This either ends in violence or sobbing. Your choice.

Now, however, your friend can wear these super cheap $99 glasses with a USB cable. All you have to do is plug them in and you can both watch things in 3D at the same time. Bang. No sobbing. You do still require a full 3D Vision set-up including IR dongle.

The glasses are available in June.

“3D Vision provides gamers and enthusiasts with the world’s largest ecosystem of 3D products and features,” said Phil Eisler, general manager of 3D Vision at NVIDIA. “3D fans have been waiting for more affordable glasses, and we’re expecting our new 3D Vision wired glasses to hit the sweet spot for them.”

NVIDIA 3D Vision wired glasses are expected to be available beginning in late-June 2011 from the NVIDIA Store, as well as from leading retailers and e-tailers. For more information about 3D Vision visit www.nvidia.com/3dvision.