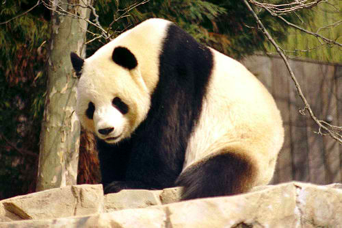 This guest post was written by Ethan Kurzweil. Kurzweil is a Vice President with Bessemer Venture Partners in Menlo Park, California. He works with Internet companies of all types, including Playdom, Zoosk, Crowdflower, Twilio, adap.tv, Reputation.com, Skybox Imaging, and OpenCandy. You can find him on twitter at @ethankurz. The views expressed in this post are his own, and do not represent those of Bessemer.

Hardly a day goes by anymore when I don’t hear about a reportedly “radical, new” business concept summarized succinctly as “X” (some well-known existing business) for “Y” (some specific market segment, use case, or other qualifier). These descriptors range from the logical – “Groupons for Moms” (okay, clear enough) – to the absurd – “Pandora for Cloud” (huh?). Often, I don’t even understand the analogy, as it’s so obscure, or I have never even heard of the company being compared. Sure, these monikers may satisfy our need for efficiency and brevity, but I’m convinced that in the long-run, we need to expand our collective attention spans just long enough to really describe what our businesses do. Otherwise, we run the risk of setting a model for entrepreneurship that’s entirely devoid of creativity and true innovation.

I see two primary problems with the current state of affairs. First, we’re losing the ability to appreciate a truly novel business concept that doesn’t boil down to a knockoff of something that already exists. And when I say we, I’m referring to a large number of us in the startup community – angel investors, VCs, entrepreneurs, executives; we’ve all adopted the convenient shorthand of translating new business ideas into three words. Having a short elevator pitch that neatly summarizes a new idea is important, but constraining such descriptors to less than a tweet is a step too far in my view. It’s understandable of course given the sheer number of new companies being formed every day, that we would need a shortcut for describing new concepts quickly. But this inevitably leads to constrained thinking as to the strategy and business model to be applied to a particular product or service. If Google had thought of itself in the early days as “Yahoo for better search results,” they may not have happened upon the juggernaut business model that is AdWords. More alarming is our natural tendency to evaluate a company’s prospects as an offshoot of the success of the descriptor. Would anyone have taken Groupon seriously if we had referred to them in the early days as “some Chinese company that no one has heard of for the US”?

My second concern is even more cause for alarm as this way of thinking is quickly becoming a self-fulfilling prophecy – at least based on the business ideas I hear about. This is not surprising since entrepreneurs take note of and emulate companies that get funding, press mentions, social media glory, and perceived traction – then turn around and get that same publicity with their copycat, reinforcing the same behavior. This sends a clear message that budding entrepreneurs should pick an idea only slightly dissimilar from something that already exists, get it out there quickly (because someone else is probably working on the same copycat), and then sit back and cash their ticket to fame and fortune. Even worse is the message that entrepreneurs should be afraid to champion an idea that’s so new, it simply can’t be categorized, because investors and others just don’t know how to pigeon-hole it yet. We could end up unwittingly deterring the future Google and Facebook founders out there from ever getting started.

To be clear, it’s certainly not the case that a knock-off idea can’t be a good business – and often these kinds of derivatives pivot from the original idea to something different and, hopefully more innovative. But the odds of a true homerun for this model of company are exceptionally low and we need to stop glamorizing this model of entrepreneurship.

Think of all of the truly revolutionary businesses and business models out there, and you’ve rarely heard them described in knock-off terminology. Pandora toiled for years in relative obscurity, ignoring popular sentiment that you couldn’t build a successful Internet music service with advertising, only to be saved by the groundswell of support from their users lobbying to keep them alive and profitable. Zynga built applications on a platform with no demonstrable track record or model for success. And the Twitter founders conceived of an ingenious and quirky way to let people share their thoughts, one sound bite at a time.

Nowhere along the way did Larry, Sergey, Zuck, Jack Dorsey, or the other founders of great Internet successes study some other business and wonder – what’s some nuance of that other successful company that I can replicate? Instead, they focused on previously unsolved problems, and, by addressing these needs, built powerhouses that will forever shape the way we entertain, live, work and communicate. So the next time I hear “Airbnb for Endangered Species,” I’m going to tune out and browse “Myspace for People that Use Their Real Name” and “Facebook Status Updates for people that like to express thoughts in 140 characters or less” instead.