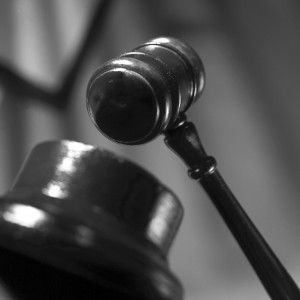 BlackBerry maker Research In Motion (RIM) is not having the best year so far. The April launch of RIM’s BlackBerry PlayBook received mixed reviews, to put it nicely, of what many called a “half-baked” product. And just a few days earlier, co-CEO Mike Lazaridis shut down an interview half-way through after a BBC reporter pushed questions on Indian security. Today, the United States District Court for the Southern District of New York dropped a cherry on top of that unlucky sundae, in the form of a class-action suit.

The lawsuit accuses RIM and certain executives of providing materially false and misleading statements with regard to the company’s financial condition and business prospects. “Specifically, the company failed to inform investors that its aging product line and inability to introduce new products to the market was negatively impacting the company’s business and margins,” the legal document read. The allegations cover a period between December, when RIM reported its third quarter results, to April. The suit seeks unspecified damages on behalf of a group of shareholders during this period.

Named in the suit were RIM’s co-CEOs Mike Lazaridis and Jim Balsillie, along with CFO Brian Bidulka. RIM released a statement this morning promising to “vigorously defend” itself against the suit, allegations the company deems to be “without merit.”