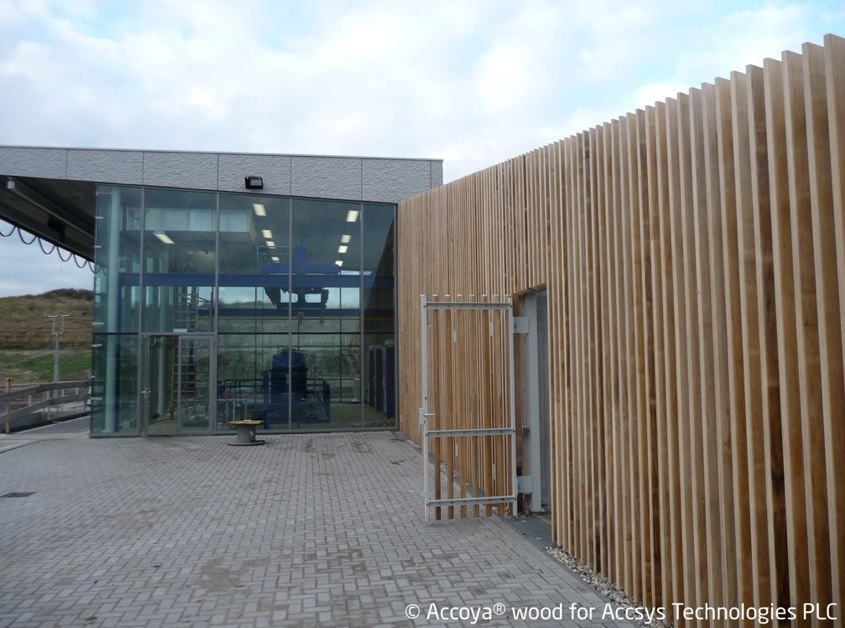 Most options for wood used in decks, outdoor furniture and siding are rarely entirely earth friendly, since they are often treated with heavy metals or toxic chemicals, or logged from unsustainable forests. One company is innovating in the space by altering the chemistry of the wood itself to make it weather and decay resistant.

After several years of research and development, Accsys Technologies began producing Accoya, a treated wood designed for outdoor exposure. The process uses acetylization, a chemical reaction that bonds together the hydroxyl group of molecules in the wood and replaces them with an acetyl group of molecules. The hydroxyl group is what microorganisms feed on, a cause of rot and decay, says Lisa Ayala, who represents Accsys’ North American branch. It is also what causes wood to shrink and swell.

To perform the molecular swap, wood goes through a vessel where heat, time and the addition of acetic anhydride creates a byproduct called acetic acid. In its simplest form, acetic acid dilutes to vinegar.

“When people smell the wood, they say it smells like pickles,” Ayala said. Less than 1% of the acetic acid remains in the wood after treatment, though even this small amount can cause zinc-plated or galvanized steel fasteners to corrode. The company offers recommendations on what kinds of fasteners and glues have been successfully tested with the treated wood.

Accoya could be used in place of pressure-treated wood, although Ayala said the company sees itself as more competitive with tropical hardwoods such as teak and ipe. According to the company, Accoya wood requires less maintenance than its tropical counterparts, and comes with a 50-year warranty for wood used above ground. 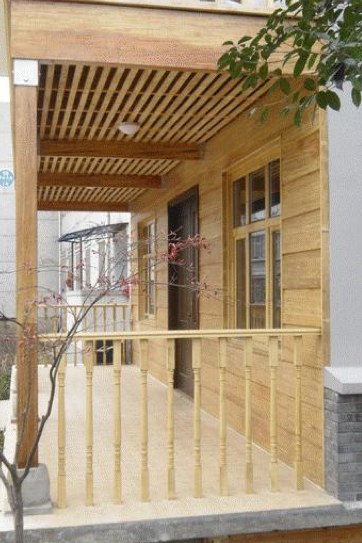 Currently, the company only sells products made from Radiata Pine, though it is exploring other species. The Netherlands-based factory hopes to expand production into other countries, where it can offer wood made from trees native to each area.

Accoya sells its products through distributors in 25 countries. The wood is generally more expensive than something like red oak, but is as much as half the price of teak or ipe, said Royal Plywood Company Materials Consultant Bruce Halvarson.

“No natural moisture can penetrate that wood,” Halvarson said. “If you try and put a water based stain on it, it won’t take at all, but an oil based stain will wick all the way through the wood from one side to the other.” Since the wood is treated from the inside out, it can be cut and modified in a variety of ways without compromising protection.

Accys was awarded a Cradle to Cradle Gold Certification by MBDC for its sustainable products and manufacturing processes. 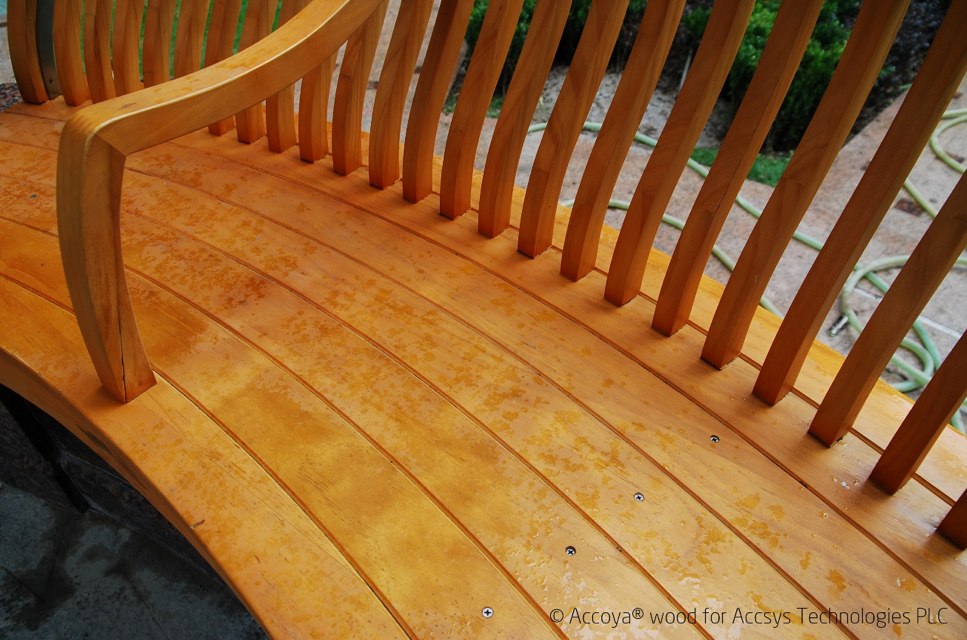