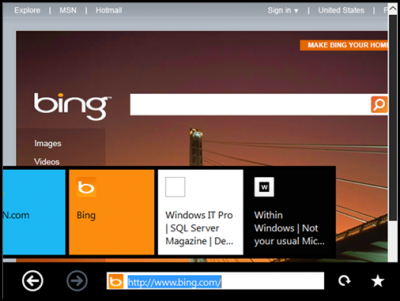 Rumors have been flying around the web lately about when we’ll get a chance to check out Microsoft’s forthcoming tablet software, and according to Bloomberg sources and Business Insider, Windows chief Steve Sinofsky will unveil the latest Windows tablet OS at the AllThingsDigital D:9 conference next week.

Microsoft has yet to make a formal announcement about the highly anticipated preview, but Bloomberg confirmed the demo with three separate sources, so as far as rumors go, this one seems pretty true. According to the report, Sinofsky’s exhibition will show Windows 8 tablets using an Nvidia Tegra chip, and Microsoft OEM chief Steve Guggenheimer will give a similar demo in Taiwan next week.

We’ve seen some leaked photos of Windows tablets and a potentially new touch interface, but this will be the first time we get an official glimpse of Microsoft’s tablet plans. Hopefully these demos won’t include any false information, like that given earlier this week when Steve Ballmer promised a Windows 8 arrival next year. Microsoft retracted the statement on his behalf shortly thereafter.