We’re here at Google’s massive New York City HQ (they own an entire block) for what Google was calling a “partner event” but everyone knew was really an “NFC event”. Sure enough, Stephanie Tilenius, Google’s VP of Commerce, has taken the stage to announce Google Wallet and Google Offers.

Right off the bat, Tilenius wanted to make it clear that this would be an open platform. She invited “payment networks, carriers, and banks to join us in creating tomorrow’s shopping experience”. And some of those partners are already on board. Citi, Mastercard, FirstData, and Sprint are the initial partners.

For Google Wallet, Tilenius says that the field trials will begin today and it will be official out this summer. As expected, it will be using NFC technology. By 2014, Tilenius notes that 50 percent of smartphones will have NFC built into them — that’s 150 million devices.

With Wallet, you’ll be able to add your existing credit cards (though only Citi-backed Mastercards are a partner right now of the major card companies). And it’s a wallet you can lock, Tilenius notes. There are multiple levels of security. There’s the phone lock, a required Google pin, credit card information encryption, and your credit card number is never fully displayed.

Right off the bat, Google Wallet will work with Mastercard Paypass. This means right now 300,000 merchants around the world and 120,000 in the U.S. are technically ready (though it’s not rolling out everywhere yet). It will initially work with “Gcard” a Google pre-paid card set up by Mastercard.

The initial trials will be in San Francisco and New York. Tilenius says this will expand nationally in the coming months.

The other component of the announcement is Google Offers. These work seamlessly with Google Wallet. You find an offer you want, save it to Wallet with a click and you’re ready. You can redeem them by tapping the phone at the point of sale. Or you can show the offer to a cashier.

Initially, Macy’s, Subway, Walgreens, Toys R Us, and more are partners. The first trial programs will be in San Francisco, New York, and Portland this summer.

Tilenius notes that the first offers will be “offer of the day” but notes that “this is just the tip of the iceberg.” Eventually, there will be check-in offers, offer ads (ads on Google that are really offers that you can easily transfer to Wallet), and others. 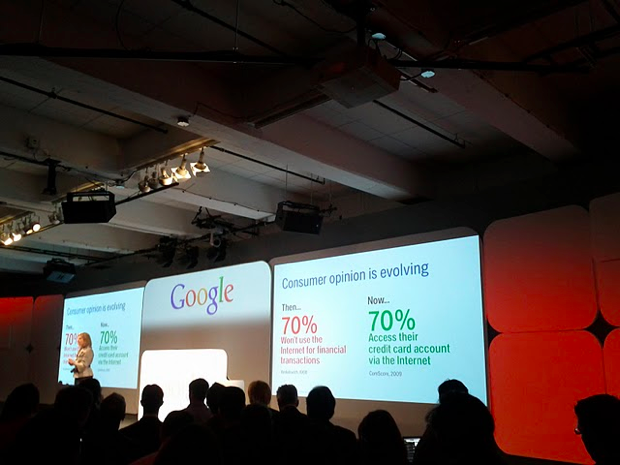 Coming this fall, Google notes that the ability to receive digital receipts will be a part of Wallet as well. This means no more paper receipts (awesome). And digital loyalty cards are another thing they’re working on. There were also hints of the gaming dynamics down the road to make mobile payments more engaging and fun.

Some other Googlers took the stage to show off a demo of how the system will work, and it looks good. But again, Google is really pushing the “open” aspect of this. They want and need more partners for this to really take off.

Google says that they don’t plan to charge for access to Wallet. It will be free to partners. They also say they want to make sure Wallet/Offers ensure a level playing field. Everyone from flower shop owners to massive chains should be able to use this in the same way.

There will be APIs eventually. And Google plans to work with partners to promote open standards. They say they’ll keep it “as open as possible” as long as that doesn’t sacrifice on security and user choice.

Yesterday at TechCrunch Disrupt, Tilenius said on stage that Google was making a huge bet on NFC as a company. Indeed.

Find out more here and here.

More: Google Wallet On iPhone, WP7, RIM: “We Will Partner With Everyone” (But Will *They*?) 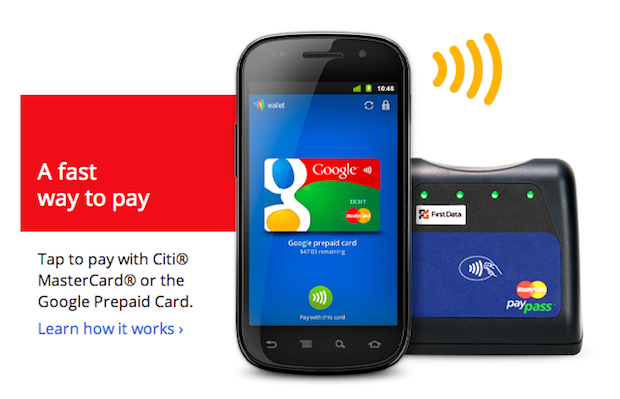