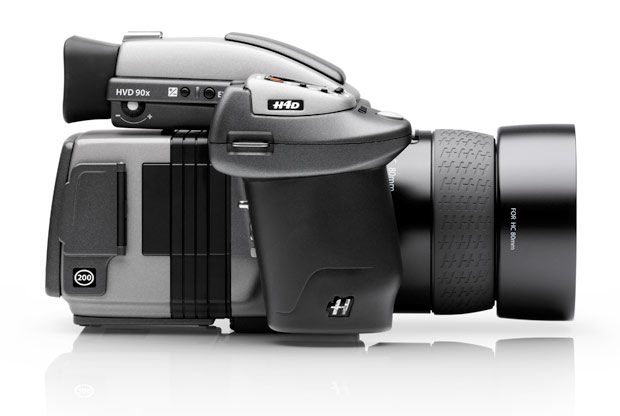 Hasselblad is known for high megapixel counts, but this is getting a bit ridiculous. On the other hand, the engineering solution they’ve employed to create that count is really interesting. Most camera makers, including Hasselblad, increase the pixel count of their sensor by reducing the size of the photosensitive wells and pushing them closer together. This has some benefits, but also drawbacks, one of which is a sort of pixel density wall that Hasselblad has probably been running up against for a while.

But instead of making the sensor bigger or packing more into it, they created a clever hardware-software combination that might give them a real advantage over the competition.

What they’ve done is mounted the sensor on a piezoelectric motor, which moves the sensor by infinitesimal amounts and takes an exposure multiple times. This allows the single-color pixel wells to be exposed to different parts of the image, creating tiny variations which, properly processed, create more detail and sharpness. Their final output is 200 megapixels, which is almost certainly an arbitrary number they picked, a target that can be reached in a reasonable amount of exposures (six, in this case).

You can output to a CF card, but they recommend attaching a hard drive, as the final image can be around 600MB. The need for multiple exposures makes the total shot time extremely long; 20-30 seconds are required, so shots of human beings are pretty much right out.

It was actually announced a while back but technical difficulties have delayed it for a while and they’re only now selling it. At $45,000 to start, these aren’t really in our price range, but advances like this in sensor and imaging tech occasionally trickle down, and I think it’s interesting enough on its own.