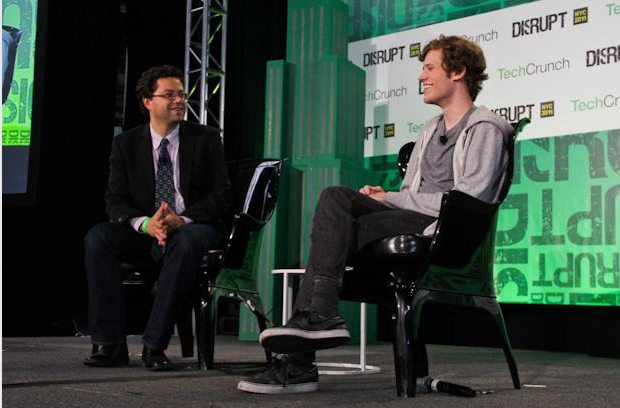 4Chan and Canvas founder Christopher Poole (Moot) took the stage to talk to Erick Schoenfeld about creating vibrant online communities. Poole revealed that that the eight-year-old 4Chan is averaging 8 million users according to Quantcast and 18 million monthly users according to Google.

Note: Poole says that the Google numbers used to be 14 million and shot up to 18 because of a recent Google Analytics tag change. Still impressive.

Poole also explained why he built Canvas into a separate venture-backed company as opposed to porting over the existing 4Chan users onto the new platform and just having them deal with it. “We want to re-imagine what the modern message board would look like … It’s less about the product and more about the community.”

Poole does however think that the communities will eventually overlap, “I’m sure that millions of the 4channers will want to use Canvas once we open it to the public. But we don’t want to force them to do so.”

Canvas should be out of private beta in the next couple of months, Poole says.