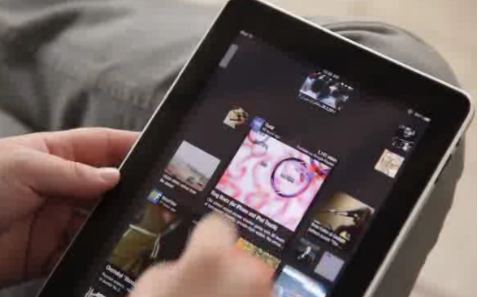 There’s little question that the iPad is one of the best media consumption devices ever. It’s also been a hotbed for innovation around content recommendation, with apps like Flipboard giving you a visual way to browse an array of articles you might be interested in, using Facebook and Twitter as data sources.

Today, the iPad is getting another great way to consume content, and this time it’s all about video. Meet Deja, a very nice looking application launching today at TechCrunch Disrupt. The app will go live later today on the iTunes App Store (link).

Calling the app slick would be an understatement — it looks very, very cool, with nifty horizontal and vertical tiles used to navigate through the app. And once you find something you’re interested in, there’s also full Airplay support, which means you can ‘fling’ whatever you’re watching on the iPad over to a TV connected to an Apple TV.

Video content is pulled from a variety of channels: you can browse RSS streams, links that have been culled from the people you follow on Twitter, YouTube channels, Google video, and a select group of Deja users who curate their favorite videos. In short, you probably won’t run out of anything to watch. 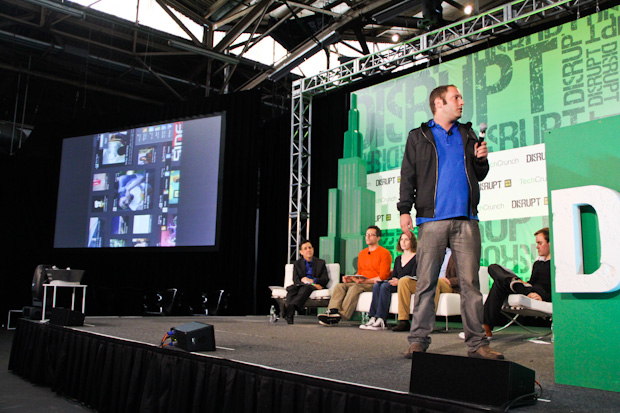 Once you’ve started watching a video, you can zoom through various ‘worlds’ of related content. This isn’t really a novel idea (YouTube has been presenting users with related videos forever) but it’s another nice touch that looks well executed.

In a sense, Deja is looking to do the same thing as YouTube — it wants you to spend more time watching video on your iPad rather than your television. And, like YouTube, it features a ‘lean back’ experience, which means that it will continue playing new content without prompting the user to select the next clip they want to watch.

Bradley Horowitz: I think the interface is sort of magical. Do you feel the world is ready for an interface like this?
A: I think so. We feel the iPad represents a revolution in the way people interact.

You’ve created  something really beautiful. Avg. American watches 30 hours of video a week on TV. Are you expecting that people are going to brand their own channels?
A: We’re totally self-initiated for now, but will work with content providers the way Flipboard is. 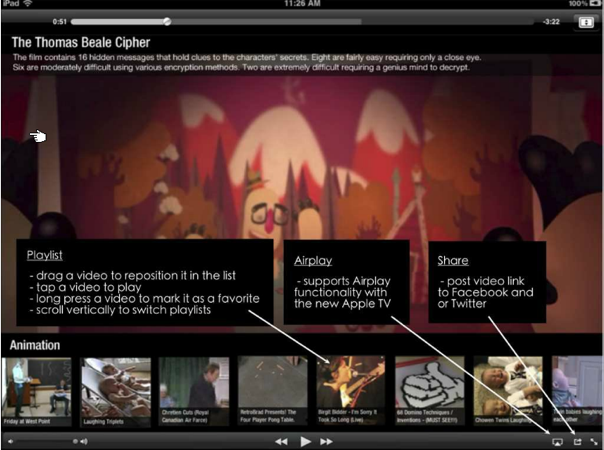