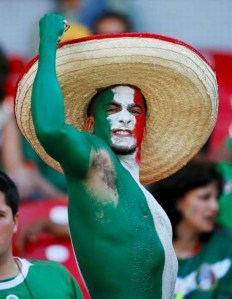 Bleacher Report— one of the few new entrants in the sports content category to get significant traction against the portal giants– is continuing to build out its management team, announcing an important new hire today. Rich Calacci joins the company as chief revenue officer. Calacci was most recently senior vice president at CBS Interactive in charge of the sports vertical– one of the big incumbents Bleacher Report  href="https://future.techcrunch.com/2010/12/20/bleacher-report-raises-10-5m-now-fifth-largest-sports-site/">passed in traffic last year.

A sharp-talking, uber-connected, always-be-closing sales guru is exactly what Bleacher Report needs at this point. It has done the brutal work of building a content site to critical mass– publishing some 600 pieces of content a day, sending newsletters to more than one million daily subscribers and boasting monthly uniques just shy of 20 million. By mid-May the site was showing its longest ever time-on-site and its lowest ever bounce rate. Quantcast has called it one of the fastest growing sites on the Internet, and it has nearly doubled its audience year-over-year, says CEO Brian Grey.

According to comScore, Bleacher Report is now the fifth largest single-site sports destination on the Web, but it hasn’t yet had the sales team in place to compete toe-to-toe with the portal giants. Calacci already saw the impact Bleacher Report was making in the market– a big reason he decided to join the company.

Expect the big portals to start making some serious acquisition attempts in this category soon, as they start to realize they can’t keep phoning it in content-wise and count on their home page traffic to keep them on top. That is if they haven’t been making those offers already. Between Bleacher Report and Accel and Khosla Ventures funded SB Nation, this vertical is finally getting interesting.