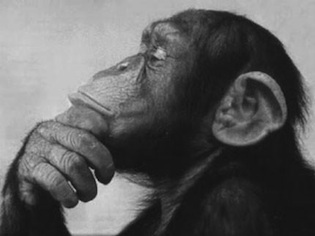 Here’s why I’m glad I was wrong about RSS being dead. The latest evidence of that comes from Jesse Stay who reported a week or so ago that both Facebook and Twitter had discontinued RSS streams or something like that. I really didn’t bother to read up on the details since it’s now years since I gave up on the stuff. These days I obsess about Lady GaGa and whether Brian Wilson’s version of Good Vibrations is better than the one with Mike Love and when Ustream is finally going to stream live to the iPad and why some apps only stream audio over AirPlay and turn the AirPlay icon blue instead of white.

Also, cough, dead are the arguments about whether things are dead: how can something that isn’t or wasn’t ever alive be dead, how can ______ be dead when there are 35 billion copies out there, you’re a moron, and the time honored [Blocked]. That last one as in, I haven’t been following that since Dave blocked me a few years ago. You see, Dave not only invented RSS — he invented all the arguments about it. Shutting down comments — Dave. Opening up comments and then blocking those who disagree — Dave.

But luckily Dave also created a fantastic way of identifying viral social media startups. It’s a variation on the rationale for following someone you disagree vehemently with as a good indicator of how to do the opposite. With Dave, that signal is the classification of a company as proprietary. I’d argue with the impossibility of finding a company that by definition wasn’t proprietary; if not, then what is it, an idea, a random assemblage, a line for the bathroom at a sporting event?

But arguing that is no longer possible given the Death of Dead memes and their corollary arguments. Nonetheless, if Dave argues that Twitter or Facebook or Google or Apple or (used to be) Microsoft is locking us in the trunk of corporate control and forcing us to rent our data back, there is a remarkable correlation with stock price, acquisition likelihood, Hollywood movie interest, and general hockey stick velocity up and to the right. Another powerful indicator is failed attempts by Dave to build on said platform followed by disillusionment.

But why have I suddenly several paragraphs ago declared I was wrong about RSS being dead? Am I just looking for a cheap laugh at Dave’s expense? Certainly not, because having noticed the decline has caused me no end of grief, not the least of which is incurring the permanent wrath of someone I’ve admired and appreciated for all of the incredible things he’s contributed to making our lives better. These things, once broken are pretty much impossible to repair.

But since I have no hope of changing Dave’s mind, or the minds of the 50 percent who disagree with the notion that Twitter and URL shortening have pushed RSS back in the stack, why quit now? Simple. I’ve come to the conclusion that saying RSS is dead is dead. If saying something so obvious can be so divisive, then it’s time to move on. Besides it means M.G. Siegler has one less instant post to pull out of his hat on a monthly basis.

Other benefits are less obvious. With no Facebook/Google war for social, PR agencies will have no clients asking them to do sleazy Nixonian dirty tricks. No Suggested Friends Lists means no conflicts of interest. Media content will immediately glisten in the glow of transparency and lack of ethical conflicts. Lawyers will bid for work on Groupon. President Sheen will win on a platform of Let’s Just See What Happens. Lady Gaga will headline RSSrupt with her latest hit Reborn This Way.

I know you’re sick of this RSS is dead thing too, but at the time I first wrote about it, the world was in need of a disruptive meme. Now, with FaceTime erasing the miles between family, friends, and getting work done, with media churning into a new reality we don’t quite understand, with being social not just an adventure but a job, it’s time to let the old go and the new in. So I won’t be talking about RSS being dead anymore. I was wrong. It has never been more alive, if it were possible for ideas to be alive and bits to be viral. As Paul Simon sings, So Beautiful and So What.