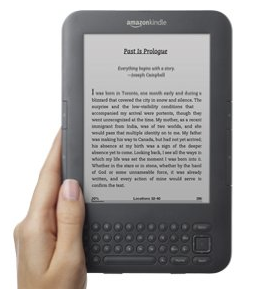 Five years ago, if you’d told a fellow book lover that eBooks were poised to surge in popularity and overtake traditional books, you probably would have been met with a scoff and a dismissal about reading too much sci-fi. And yet here we are: Amazon has just announced that it is now selling more eBooks than it is selling print editions, a mere four years after launching the Kindle. Obviously Amazon doesn’t account for all print or eBook sales, but it’s a very impressive milestone.

Then again, the news doesn’t come as a huge surprise if you’ve been following the Kindle’s growth. Kindle eBook sales surpassed Amazon’s hardcover sales back in July 2010, and they surpassed paperback sales in January of this year. But now it’s bested both of them combined. Note that this does not include the free books that many Kindle users take advantage of — these are all paid books.