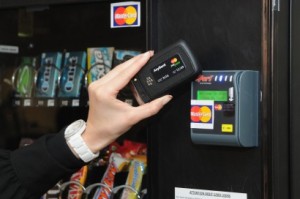 NFC payments have already become somewhat of the norm over in Japan, but here in the States, near field communication technology hasn’t quite taken off yet. However, that’s not to say that U.S. Americans aren’t ready to use their cell phone as a wallet, as shown by a study conducted by MasterCard.

MasterCard’s survey found that younger generations, specifically those between 18-34, are most at ease with the idea of phone transactions. In that younger age bracket, 65 percent of 18-34 year-olds feel more naked without a phone than without a wallet. The study failed to ask whether they felt more naked without their phone than without clothing, but in any case, it’s clear that the younger demographic will be the pioneers in the future of our commerce.

Some more interesting insight gleaned from the survey: more than half of those surveyed claimed that someone’s phone is more telling of their personality than their wallet and its contents. Though the differences are somewhat slight, men more so than women feel comfortable with the idea of using a phone to make purchases (51 percent vs. 40 percent) and are more likely to be impressed by a bill paid using NFC than a credit card purchase (49 percent vs. 45 percent).

On the other hand, half of the women surveyed tend to feel more exposed without their phone than without their wallet, as opposed to just 36 percent of men who echo the sentiment. Clearly, we have become a society that is completely and utterly dependent on our mobile phones, but that dependency still can’t quiet concerns for personal safety and security.

The most significant finding of the study revealed that 62 percent of all of those surveyed said they’d need reliable confirmation that their personal data was secure before they’d be comfortable making a transaction. MasterCard has been working towards bringing a comfortable level of security to its NFC technology, and scribed a recent blog post outlining its progress.

[via The Heart of Commerce Blog]