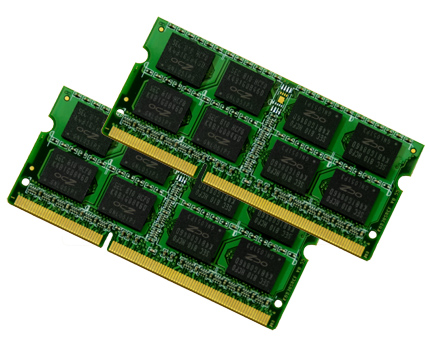 Resistive random-access memory (RRAM) is something various electronics companies have been working on for years, but now Panasonic seems to be ready to be the first to start mass-producing the next-generation memory chips, according to a report in Japan’s biggest business daily The Nikkei.

The new memory type can retain stored data over time even when it’s not powered, it’s much faster and more eco-friendly than flash memory chips, for example  (using up to 90% less power). Panasonic says that the energy consumed by TVs operating in standby, for example, could be cut by 66% or more when using RRAMs.

The company plans to ship samples of 2Mbit RRAMs for use in TVs and Blu-ray players by the end of this year, followed by mass production in 2012.

Sorry, but Panasonic hasn’t shown pictures yet (the one above shows random, conventional RAMs).