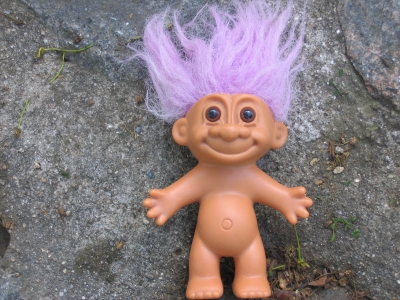 Patent trolling is often a lucrative hobby for many companies that have fallen into hard times. Like the junkies they are, the trolls will spin all sorts of delightful stories exonerating themselves of their actions in order to grab another infusion of cash. That’s why it’s not surprising to read this discussion from the trolls at Lodsys, a company that is now charging small mobile developers for licenses to their unique IP, the use of an upgrade/buy now button inside of an app.

Their M.O. is simple. They go after the little devs who may or may not have known about their unique contribution to the programmers canon. They then ask for a percentage of revenue to “license” their IP. Why don’t they go after the big guys instead of Apple and Microsoft? Well, the little guys will probably pay up.

For some context, many devs just received C&Ds from Lodsys and are quite worried.

There is a misalignment in the market where the litigation costs greatly influence the incentives. At the low end, the cost of litigation exceeds the value of the license and this puts strong pressure on small vendors to take a license rather than litigate. However, above a certain threshold, there is a perverse incentive for the larger market players to not pay (even if they should) and to force the rights holder into litigation since the higher expenses of litigation and the risk may knock out the need to pay. This cost of doing business often means that individual inventors cannot afford to attempt to license (or they don’t have the expertise), and so they sell to companies that specialize in rights licensing and which have the economic reserve to deal with the litigation costs and/or they partner with contingency law firms. Ironically, contingency law firms take a % that is in the range of what Apple and Amazon charge to retail digital goods.

To be fair, Lodsys is asking for 0.575% of US revenue over one year or about $6,000 on $1 million in sales, a paltry sum. However, Lodsys doesn’t produce anything and their technology is so pervasive that it could be considered obvious. The patent act of 1952 and subsequent clarifications showed us that patents are obvious if a “person having ordinary skill in the art” could easily make the discovery in question. In-app buy buttons are hardly rocket surgery.

As Cory at BoingBoingAnotes, these posts are little more than a “strategy guide for patent trolls” and that the real tactic here is to bonk the little guys while making quiet deals with the bigger guys while explaining their actions in the realm of fair business practice. After all, aggregating a few $1,000 pay-outs by non-litigious programmers seems like a nice way to make boat payments without actually doing any work.