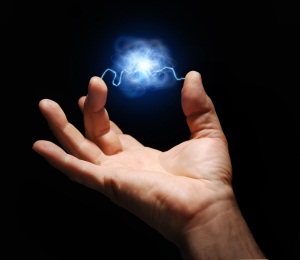 Research firm Harris Interactive asked 2,124 American adults if they agree or disagree that some online companies, singling out such companies as Google or Facebook, control too much of our personal information and know too much about our browsing habits, and found that more than three quarters of respondents agreed (76%) with those statements.

Only one in six disagreed that these companies know and control too much (16%) and even fewer are ‘not sure’ (8%). These are some of the findings of a recent Adweek/Harris Poll survey of U.S. adults surveyed online between April 25 and 27, 2011 by Harris Interactive .

So basically, the report claims the large majority of people in the United States thinks that Facebook and Google are essentially evil corporations that store all sorts of information about us, but that doesn’t exactly stop them from using their services, it would appear.

And didn’t Harris Interactive just put out a report showing that Google is considered to be the most reputable company in the United States? 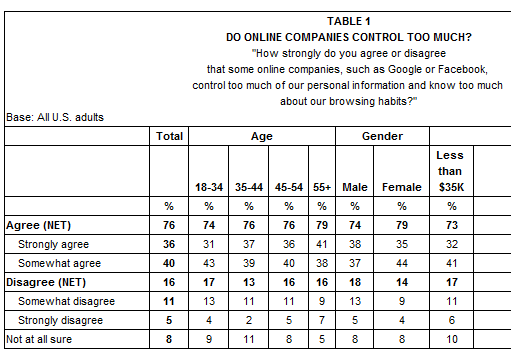 Anyhow, according to Harris Interactive, majorities of both men and women agree that these companies control too much and have too much information about us, although women appear to be somewhat more likely to say this than men are (79% vs. 74%). Also, more affluent Americans are more likely to agree than are Americans who earn less—80% of those who earn $75K or more per year agree, compared to 70% of those who earn between $35 and $50K.

However, says the report, American seem to oppose government intervention to regulate large online companies like Google or Facebook (46%) rather than support it (36%).

It seems Americans are torn, possibly between ideals of free enterprise, the products and services that they use and enjoy which these large businesses provide, and their trepidations about companies yielding so much information and power. Either way it will be interesting to track reactions—if people embrace, or rather brace themselves against, these companies as they continue to grow and develop.

My educated guess? The network effect will continue to significantly outweigh any reservations people might indicate when polled online, so Google and Facebook – and other major online companies – needn’t worry too much at this point.

It’s a lot easier to agree with given statements about a service than to actually quit it.