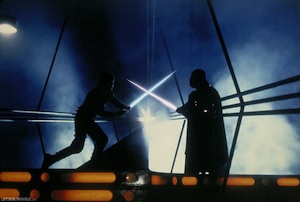 Reading the news in recent weeks, it’s becoming increasingly clear that there are the early signs of a new war brewing in the mobile computing space. And it’s a war that promises to be the most fascinating one yet. It doesn’t involve Microsoft or Nokia or RIM or HP or Palm. It doesn’t even include Apple. It’s all about Android.

First, a bit of backstory. Last August, The New York Times reported that Amazon was looking into creating hardware beyond its Kindle e-reader. A month later, we received a tip which proved to be a confirmation that Amazon was gearing up to launch their own Android app store. Alongside that tip, we received one from the same tipster stating that Amazon was also working on an Android-based tablet. This past March, we saw the Amazon Appstore launch, but Android hardware from Amazon was not yet anywhere to be seen. Still, as we wrote at the time, it seemed inevitable.

Fast forward to last week. In an interview with Consumer Reports, Amazon CEO Jeff Bezos said two words when asked about a new Amazon tablet that set the Internet on fire: “stay tuned.” The following day, the site Android and Me published another tip coming from “an industry insider with direct knowledge” who says that Amazon is not only gearing up to launch one Android device, but an “entire family” of them. And those devices would come in time for this holiday season.

And that brings us to today. BGR is now running the rumor that Amazon is prepping a dual-core “Coyote” and a quad-core ” Hollywood” tablet for release this year. Android isn’t mentioned, but well, yeah. If there’s truth to these claims, that’s how they’ll work.

And that brings us to our war.

Even if it doesn’t happen this year, extend the same question into next year. Again, this seems inevitable at this point. There’s a reason why Amazon not only built their own Android-based app store, but is working on deals left and right to get exclusives on apps and pricing. Just today, it was revealed that PopCap would give the Amazon Appstore the exclusive rights for Chuzzle and the all-important Plants vs. Zombies for a set timeframe. This means they’ll have the games and Google’s own Android Market will not (at first). That’s huge. And you can expect more of those types of deals.

They have to. The experience of installing their Appstore on current Android devices, quite frankly, sucks. They need to get devices in consumers’ hands that have their store pre-installed. They may be able to work out deals with some carriers to do that. But remember that Google also has deals with the same carriers. You don’t think Google would figure out some way to block (or heavily discourage) such maneuvers? Amazon needs to make their own devices with a customized version of Android that is centered around their software/experience. And they will.

And what does Google do if it’s significantly better than the experience they offer with Android? Do they stick to the “open” nonsense? Or do they start locking stuff down (even more) when they realize that Amazon is commandeering their own platform? What if Amazon strikes a deal with Microsoft to put Bing on their Amazon tablets? What if the ads are handled by someone else whose name doesn’t end in “oogle”? It could be bad news for the search giant.

Google has succeeded in building a massive platform that doesn’t fully rely on them. That’s awesome on paper. But it can work both ways. If others start to realize that they don’t need Google, what does Google do? Just sit there and take it?

The answer, of course, is “no”. They’ll fight back. Maybe they’ll use carrots. Or maybe they’ll resort to sticks.

All I know is that I’ll be watching. With popcorn.