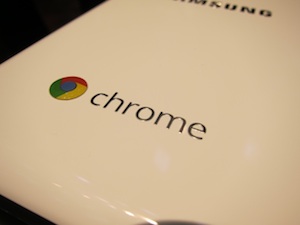 Google has finally made good on their promise to deliver Chrome OS to the world this summer. Or they will, on June 15 when the first Chromebooks are available. Considering that I’m potentially the perfect type of user for such a machine — that is, nearly everything I do these days is in the browser — I’ve been very interested in the OS/product development. Last week, I got my hands on one of the first models for a bit, and I thought I’d post some initial thoughts.

Following the formal unveiling on day two of Google I/O, Samsung and Google held a joint event to further show off the hardware to a group of journalists and give us some hands-on time with one of the first Chromebooks, the Samsung Series 5. I got to play with one for about 20 minutes. And while this is far from a full review, my initial impression is that it’s good. Really good. Especially for a first crack at a product.

(I should note that the unit I tried had a beta build of Chrome OS and not the final, stable version which should be released right before June 15, Google says.)

Of course, these Chromebooks aren’t truly the first crack at the product. That was the Cr-48, a barebones notebook that Google sent to developers who signed up for a pilot program late last year. That product, quite frankly, was not very good. It had hands-down the worst trackpad I had ever used on a computing device. This improved over time (with driver updates in the OS), but the machine was still far too slow to replace a regular notebook (or even most tablets).

The Samsung Series 5 is much better.

First of all, the Samsung device seems far faster than the Cr-48. That’s a bit surprising since the specs aren’t all that different except for the fact that the Series 5 has a dual-core Intel Atom chip as opposed to the single-core one that the Cr-48 has. The RAM, SSD, etc, are the same. So apparently the chip does make the big difference.

With the Cr-48, I would continually be frustrated by the speed (or lack of speed) at which I could open new tabs. Series 5 didn’t have those issues when I tried it out. This led to a feeling much closer to using Chrome (the browser) on a Mac or PC. That is to say, fast. 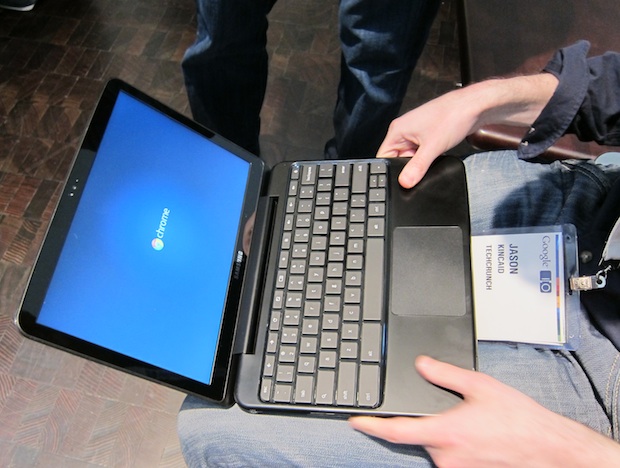 Flash playback had also been a big problem with the Cr-48. On Series 5, Flash seems to work pretty well — even in HD on sites like YouTube and Hulu. Well, 720p anyway. 1080p produced quite a bit of lag, and yes, some serious undercarriage heat.

As for the trackpad, it’s also much improved. It’s not nice as nice as the glass MacBook trackpad, but it is able to track where you finger is moving in realtime (which the Cr-48 could not always do). It still feels a little cheap, but it works more or less as expected.

But the initial thing you’ll notice about the Samsung Series 5 is what a good first impression it makes. That’s because the thing starts up nearly instantaneously. Google is claiming an 8-second boot, I think it might be even faster.  Compare that to a Mac or PC which often takes several times as long (though the Macs with new SSDs are very fast as well).

Even better is that when you hit the login screen and enter your Google credentials (assuming you have them, of course), everything in synced within seconds. That means your bookmarks, passwords, and even extensions/apps hop over to the new machine seamlessly through the air. This experience was actually one of the cooler things I’ve seen in a while. Such integration will probably give a regular user that “magical” type feeling.

Also magical is the battery life. Obviously, I didn’t get a chance to fully test it out, but if the Cr-48 is any indication, the 8.5 hour stated life may be an underestimate. I wouldn’t be shocked if these things did 10 hours of continuous usages fairly easily.

The form-factor does leave a bit to be desired. Perhaps I’m spoiled by the MacBook Air, but the Series 5 feels very plastic-y and many of the ports/joints look a bit cheap and tacked-on. At 3 and a quarter pounds, it’s also heavier than the Air (both models). 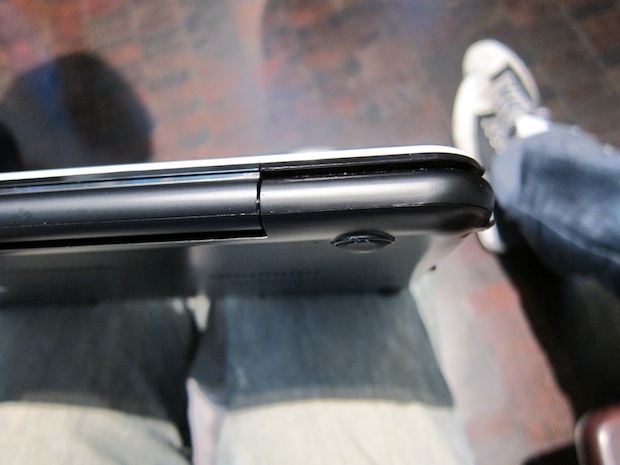 Of course, that’s not really a fair comparison when the cheapest Air costs $1,000. The Series 5 will cost just $429 or $499 depending on if you get WiFi-only or WiFi/3G. (And the weight/build quality is quite a bit better than the Cr-48, so again, it’s hard to complain.)

And let’s talk about the price, because that will be very important. While the Samsung models (and the even cheaper Acer model) easily beat any Mac laptop in price, they are in line with several PC notebooks already on the market. And because these Chromebooks are stripped of many of the features people typically look for when PC shopping, it will be interesting to see how these stack up on bestbuy.com and amazon.com (where they’ll initially be sold).

Getting below the $500 threshold was crucial, but they may need models half that price if they really want them to move against cheap PC notebooks. (The monthly subscription pricing you probably read about is just meant for the education and enterprise markets.)

The sub-$500 price was also critical to get below the iPad. At least at first, consumers are likely going to look at Chromebooks as cheap, secondary machines, and not full-on computer replacements. Fair or not, that will run head-first into the iPad market as well. So again, the cheaper Google can make these things, the better.

The truth is that, based on my initial impression, Chromebooks are likely to be good enough to replace a full-on computer for many users. There will be reluctance at first to accept this idea simply because change is hard. But if Google can break the Windows mindset  — something that will be much easier said than done — you should see users start to move over.

Make no mistake, Chromebooks are a direct attack on Microsoft. Thanks to Chrome, Google Search, Gmail, etc, Google has all the data they need to know that people spend the vast majority of their time on computers these days in the web browser. So why not just cut out the middle man? Microsoft.

These initial Chromebooks are just act one of this melodrama. But it looks to be a pretty good act one. 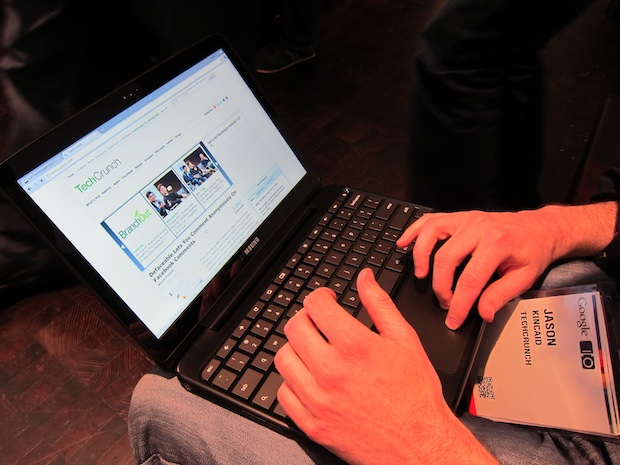