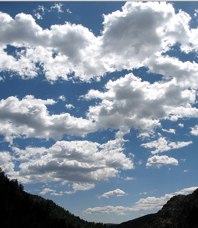 Editor’s Note: This is a guest post written by Prasad Thammineni, the CEO and Co-Founder of OfficeDrop, a scanner software and digital filing system. You can follow him on Twitter @OfficeDrop_CEO.

Competition between software companies used to mean safeguarding your code and suing anyone that came close to it. Today, many larger technology companies are adopting a different strategy of actually bringing new users to companies they would have tried to squash a decade ago. The cloud is changing the old-school software mentality that a customer’s data needs to be locked down—giving rise to a new ecosystem where everything interoperates. So companies that in the past would have been bitter enemies are now working together as pseudo-friends—“frenemies,” if you will.

Software is absolutely nothing like it was even just a few years ago. App marketplaces have made it possible for buyers to select just the features they need, where in the past they were forced into “bloatware” that had a ton of features they didn’t even touch. Packaged software is becoming more and more scarce as small businesses and consumers have this “a la carte menu” of options to choose from—with all of these options playing nicely together in the cloud.

Years ago, Marc Benihoff got out his shovel and started burying packaged (and hard-to-install enterprise) software. People thought it was a crazy PR tactic but he turned out to be right. Proprietary, closed systems are being replaced with interconnected services that let the user’s data flow. Earlier this year, the Washington Post pointed to a new era of collaboration amongst software giants like Google and Microsoft, and cited the revolving door of talent in the Valley as a key driver in this cooperation.

I think the Post’s thesis is partially true, but that’s not the whole story. The emergence of “platform companies,” plus the fact that everyone has open APIs, has created a cooperate-or-die environment for large and small companies alike. Rather than create every feature themselves, platform companies are staying open to innovation and development from outside companies (sometimes within their own walled gardens, but that’s a whole other story). These big players benefit by creating a marketplace-type ecosystem for their users’ needs, keeping them happy and productive. Smaller players get distribution—and those who don’t want to play ball risk withering away while some competitor benefits from a large platform player’s distribution.

Customers are the other main driver in the frenemy movement. Users are looking for a solution to their particular problem. They don’t care who’s competing with whom—they want it to be easy, and they demand that data flows from one service to the other. The days of having to re-enter data into different systems is over—customers shouldn’t even have to export a CSV file, manipulate it and import it into a different program. Customers also no longer accept that they have to stay stuck with a poorly designed feature in their expensive installed bloatware. Rather, they are looking for fully integrated services that work with their platform of choice: for example, Apple, Google, Evernote, or Zendesk. Not integrated? No interest.

So how can you win in an environment where you have to cooperate with your competitors—and they’re just a few clicks away? There may be several other apps like the one you offer, but the keys are to 1) do something better than anyone else 2) make it easy for others to add on services to your own and 3) make it work with the platforms that your ideal customers are already using—even if what they’re using seems quasi-competitive to your own product. You don’t want to feed into the post-traumatic stress users are experiencing from the age of packaged software. Take part in the open exchange of data between services in the cloud because soon enough, that will be the norm. Consumers and businesses alike don’t like to be stuck—that goes for their data, too.

This doesn’t mean that you have to be developing some kind of cloud software to get in on the action. Hardware companies have their place in this chain, too. In my world, Fujitsu’s ScanSnap Marketplace does a good job of getting scanners connected to the cloud. I’m also very interested to see how the whole interactive, app-ready TV market will play out. Cable companies are much like the packaged software companies of the past. They will also see that attempts to resist the open marketplace movement are futile.

So maybe the technology industry has finally cracked the code—a distribution model that works for both collaboration and free-market competitiveness. It seems to work for consumers who value their newfound freedom of choice. What do you think? Is this almost bizarre non-competitiveness good for business? Or are startups making deals with the devil in the name of distribution?