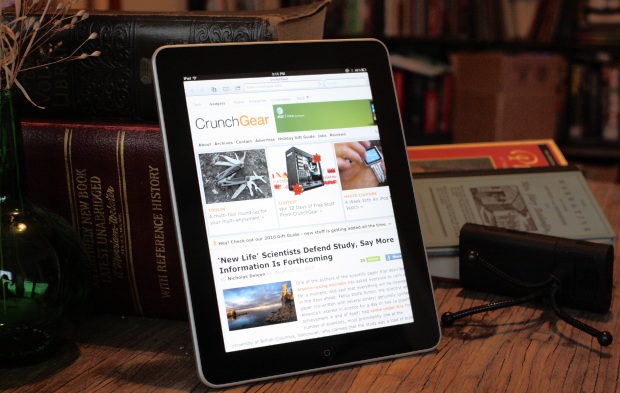 A study conducted by research firm NPD Group revealed that the big bad iPad isn’t to blame for the current decline in consumer PC sales. The Apple iPad Owner Study II revealed that only 14 percent of early iPad adopters chose to forego a PC purchase because of their tablet purchase. Research firm IDC estimates a 10 percent drop in the U.S. PC market last quarter, citing factors outside of the increasing popularity of the iPad and other tablets.

“The explosion of computer sales when Windows 7 launched, as well as the huge increase in netbook sales at that time, are much more to blame for weak consumer PC sales growth than the iPad,” said Stephen Baker, VP of industry analysis at NPD Group. “Overall it appears that the vast majority of iPad purchases to-date have been incremental to the consumer technology industry.”

It would seem as though tablets aren’t quite ready to run the show all alone, as most consumers are viewing their tablets as companion devices, rather than their primary computer. Maybe someday soon, when a tablet hits the market that allows for content creation as much as it does consumption, we’ll start seeing PCs take a real dive. Until then, looks like you’ll need one of each.