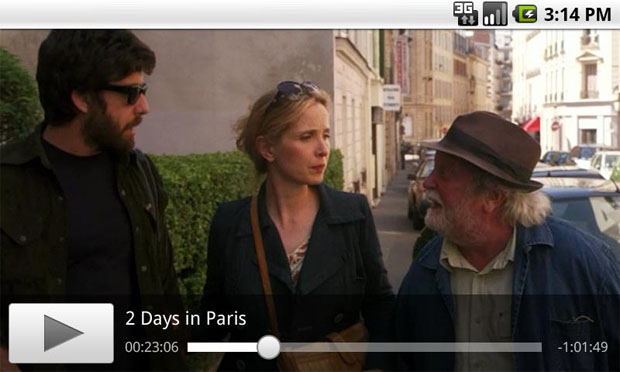 Whoa! Talk about a welcome surprise. After many long months in the works, Netflix has just pushed the first release of their Android application to the Android Market.

Alas, there’s a catch: it’s only working on a handful of Android devices right now. With this first release, the only supported devices are the HTC Incredible, HTC Nexus One, HTC Evo 4G, HTC G2, and Samsung Nexus S. We’re checking to see if it can be finagled onto other devices as we type this — but given how carefully Netflix is treading with Android with regards to DRM, we’re not expecting much.

(Update: The APK is already floating around online. We just tried it on the Samsung Infuse 4G, which isn’t on the supported list. We got it to launch, at which point it shouted at us for running it on a non-supported device — but it’ll still let you try to log in. Unfortunately, that’s where it crashed.)

This is particularly surprising because, as far as anyone knew, the LG Revolution was going to be the first device to get the Netflix app. Just weeks back, Qualcomm was talking up how closely they were working with Netflix to ensure that the chips inside the Revolution played friendly with Netflix’s DRM system. (Check out a video of a somewhat-broken build of Netflix running on the LG Revolution here)

This is a rather monumental moment for Android. It’s been less than a year since Netflix launched their streaming-compatible app for iOS, but it quickly became something of a killer app. With Android hardware growing increasingly amazing and the platform itself matching or improving upon many of iOS’ best features, the nearly-exclusive Netflix streaming support was one of the few things that seems to be keeping many iPhone owners (including yours truly) from jumping ship.

You can find the Netflix app in the Android Market right here.