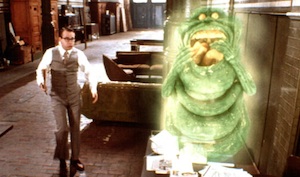 At this point, I think it’s pretty clear what Facebook’s strategy for this whole Burson-Marsteller caught-with-their-pants-down situation is going to be: say as little as possible and move on. And it will work.

Like it or not, Facebook is too integrated into the fabric of the web now for everyone to just walk away. As has been proven time and time again, people will get really angry with them for some misstep, and then totally forget about it a week later. So this is the smart play by Facebook.

But it doesn’t mean it’s the right one.

While Burson-Marsteller came out and gave a bone-headed statement that essentially threw Facebook under the bus, Facebook has only given a one paragraph canned answer in response to publications like LA Times and The New York Times (which sure was soft in their headline on the matter, huh?). The statement:

No ‘smear’ campaign was authorized or intended. Instead, we wanted third parties to verify that people did not approve of the collection and use of information from their accounts on Facebook and other services for inclusion in Google Social Circles — just as Facebook did not approve of use or collection for this purpose. We engaged Burson-Marsteller to focus attention on this issue, using publicly available information that could be independently verified by any media organization or analyst. The issues are serious and we should have presented them in a serious and transparent way.

I’m not sure I’ve ever read something so disingenuous. With every point, they go out of their to deflect from the key questions:

Earlier today, we reached out to Facebook to ask all of these questions. They declined to comment on the record for any of them. Instead, all we have is the lame paragraph above. So I’m going to take this opportunity to answer them myself, based on my assumptions — again, since Facebook isn’t talking.

Make no mistake, this entire maneuver by Facebook was about manipulation. Whether or not they had malicious intent, Facebook’s aim was to quietly manipulate both the press and the public into seeing things their way.

In their ideal world, Burson-Marsteller would have taken this, pitched it to a group of journalists/bloggers, stories questioning Google’s tactics would have been written, and Facebook’s name would have only been brought up as the victims.

Instead, the opposite happened. Karma is a bitch.