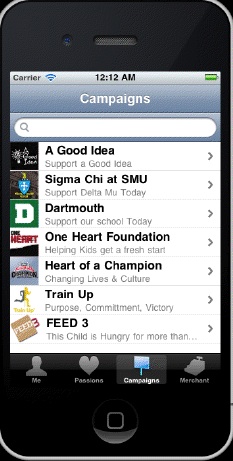 Mobile payments are coming, and there are many paths being beaten to get them to our phones. Google-backed mobile payments startup Corduro launches this week with a combined mobile wallet/payments processor for Android and the iPhone (which will be available in the respective app stores later this week).

Like Square, Corduro is primarily a way for merchants to take payments on mobile devices. But it has a few twists. One is pricing. In some cases, it can be up to 30 percent cheaper for merchants in processing fees than regular credit card transactions (and even beats Square slightly). If someone is paying with debit bank card with a Visa or Mastercard logo on it—these already make up more than half of all credit card transactions in the U.S.—Corduro then reroutes those payments over the cheaper debit network similar to the ones that ATMs use.

Corduro is not a simple as Square, but it is more flexible. It supports not only mobile payments, but also online and traditional storefront point of sale systems. Businesses can even connect it to their existing merchant accounts instead of setting up a new account with Corduro (which they can do as well). Corduro also allows a business or charity to authorize groups of people to accept payments into the same account. So a charity could authorize volunteers to accept charitable donations via their mobile phones, or a business could have field agents and sales people collect payments all into the same account. Corduro is going after charities as one of its initial target markets, with lower fees and highlighting the social payment features.

Once you download the Corduro app to your phone, you will be able to use it as a mobile wallet as well to pay other people and businesses on the Corduro network. Square and Intuit’s GoPayment are also moving in this direction, although that feature is not yet turned on. Corduro’s challenge will be to explain all the options it offers to merchants, and to win mindshare in the increasingly crowded mobile payments market.