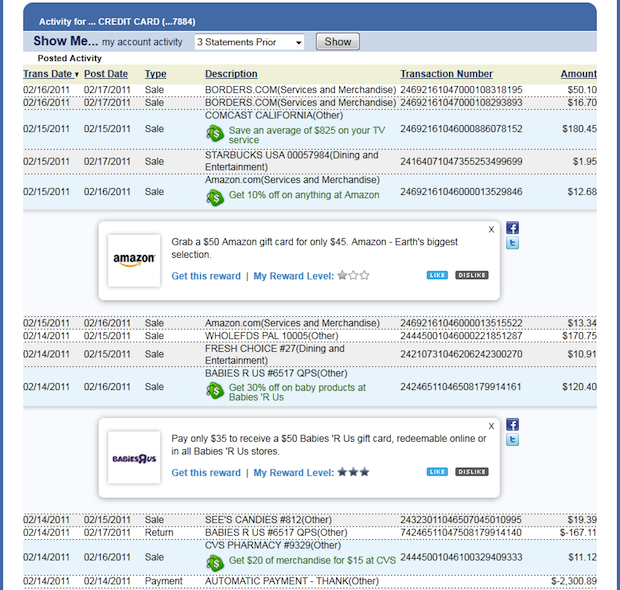 BillShrink, a service that wants to provide consumers with the best deals on their common purchases like a phone bill, credit card bill or TV service, is announcing the addition of four new features to its Statement Rewards product, which is an integration of the BillShrink platform into users’ online bank statements.

Launched in October, Statement Rewards originally delivered recommendations and merchant rewards to customers within their bank statements, through an interactive tool (implemented with a “single line of code”) highlighting where customers can save under the transaction details. The new features added today expand this function through some of the most popular distribution channels right now including geo-location and social. 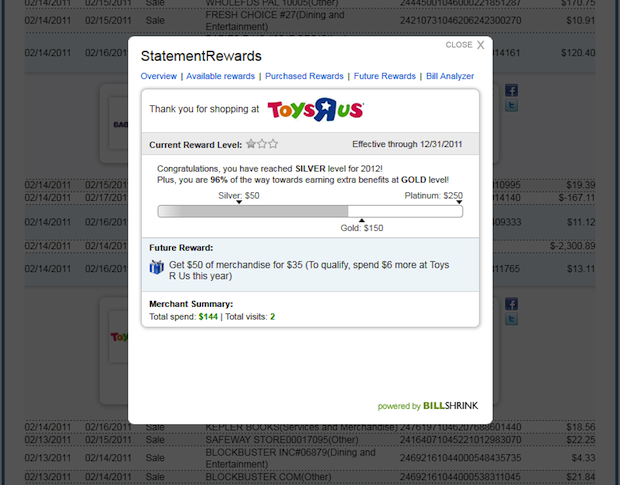 With a StatementRewards-enabled loyalty card, users can unify their existing loyalty systems into a multi-merchant deal.

The Statement Rewards service will be integrated into bank’s mobile phone apps, and users near their favorite stores will be able to receive relevant deals as well as deals targeted to them through their spending habits.

Users can now share the deals that they find in their bank statements with their friends on Facebook and Twitter, and the friends will see a simplified version of the rewards.

Statement Rewards is a free service integrated into over 2,000 banks and 7 million banking customers in the U.S., monetizing through taking a fraction of the purchase through the deals side.

Said CEO Schwark Satyavalou on the new features, “Our newest in-statement innovations help bank customers discover great money-saving deals and manage all their merchant loyalty benefits in one place. We are making the bank card an even more valuable and indispensible product in people’s lives.” 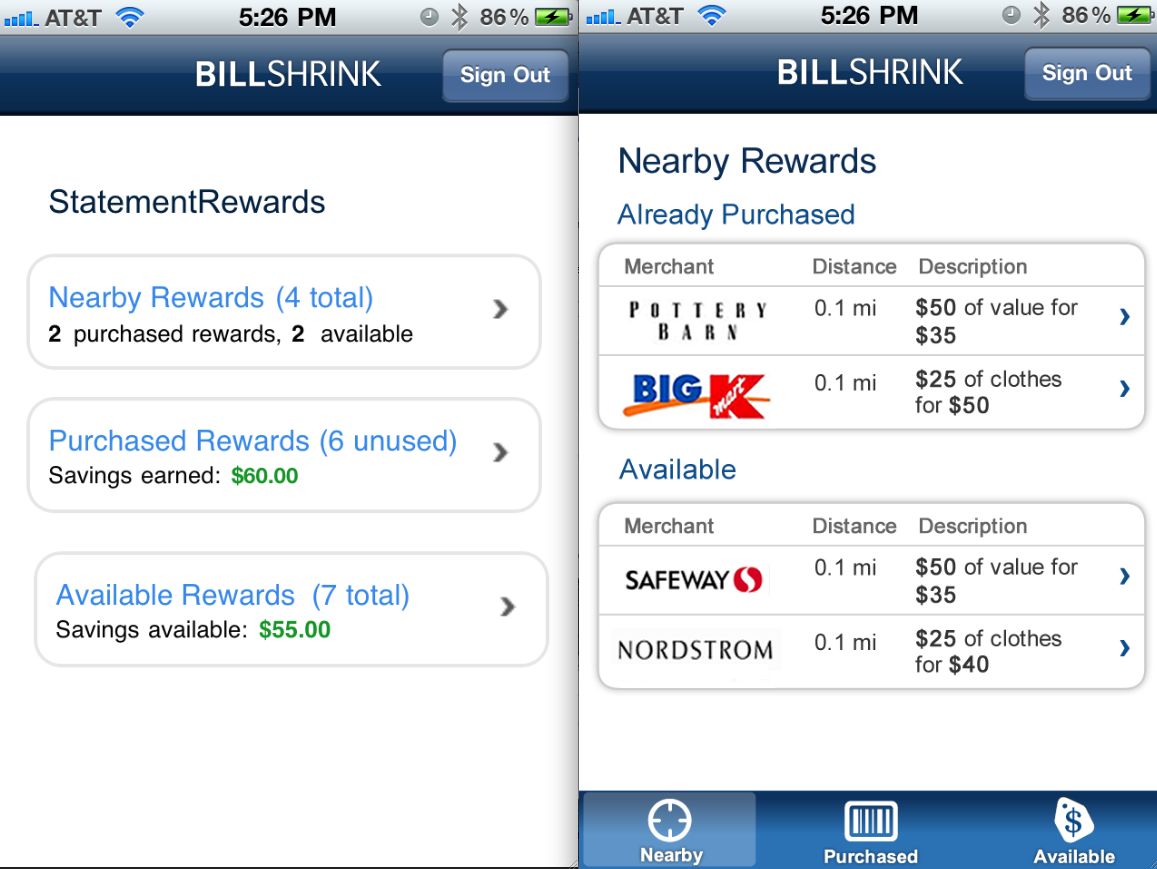