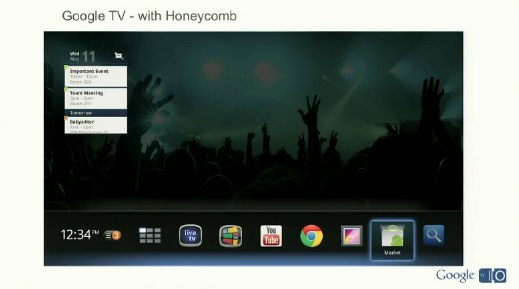 Google announced yesterday that Google TV would be expanding and getting Android 3.1, but aside from some new manufacturers, there wasn’t much to show. Today, though, during another GTV-related developer talk, they showed off the new interface (above) and noted that the remote app API was being open-sourced. That’s nice — hopefully we’ll see more support in universal remote apps and so on now.

I like the new look, but what really matters is how it performs, of course. It won’t be rolling out until a bit later this year (no dates were mentioned, though summer is a possibility), but expect a preview before then.