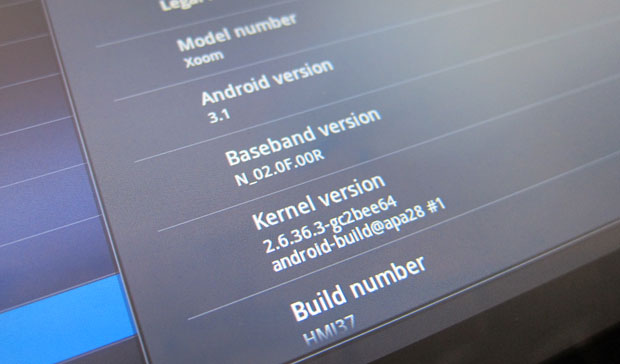 Google announced Android 3.1 earlier today at I/O. More surprising than the OS itself (which was expected, really) was that it was rolling out to Verizon Xooms today. Google failed to announce when it was hitting other devices beside Google TV, which will get it this summer, and the Galaxy Tab 10.1, which will get it in the next few weeks.

As announced, the UI is much the same. You can’t tell 3.0 from 3.1 visually. One of the only noticeable differences is that the widgets can be resized. Previously, widgets such as email and bookmarks had a preset size — now they can be stretched and morphed to better fit a user’s preferences. The home button also returns you to the previously selected homescreen rather than the main center one. 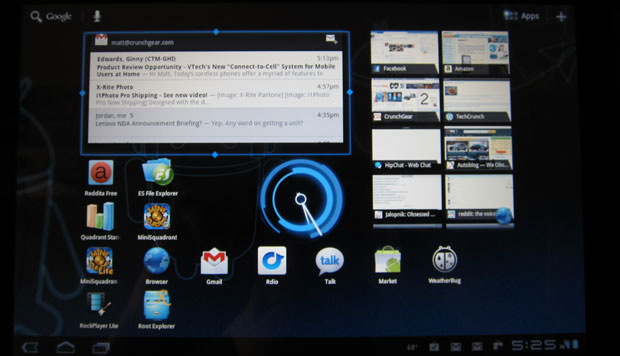 It seems many of 3.1’s changes are under the hood. The Xoom I’m using is noticeably faster. The app screen loads nearly instantly, as do many apps. I’m no longer looking at a black screen while switching between apps, either. But the Quadrant benchmarking app disagrees. My 3.0.1 Xoom scored 1824 while the 3.1 scored 1580. The easy answer is perhaps that Quadrant needs to be recompiled for 3.1.

3.1 also addressed many issues with the browser. It now supports HTML5 video, enhanced CSS 3D, as well as now being able to save pages for offline viewing. But I don’t really care about those features. All I care about is that it’s quicker, and pinch-to-zoom is as smooth as the iPad’s. Really, the browser is a star performer now.

Previously, 3.0 supported USB keyboards; USB mice are now supported as well and work in single button mode. Scroll wheels are apparently supported as well but I have no way of testing that as the Xoom does not feature a USB host. 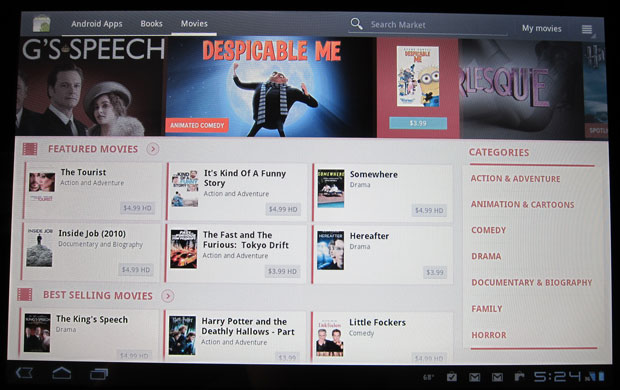 Google Videos was also one of the big announcements at I/O 2011, and comes preinstalled with 3.1 — it’s just called Videos, of course. The interface is sparse, with a two row interface. Up top are your rentals, with thumbnails occupying the bottom. You don’t actually rent anything directly from the app — it’s actually more of a management app. The thumbnails direct you to the Android Market app. It’s from there you click to rent with most titles costing $3.99.

There are other small, honestly trivial changes in 3.1. The buttons now look a bit different and there are a few new baked-in wallpapers. It’s a bunch of small things that add up to a more pleasing experience. It actually feels more like a 3.0.x update than a whole new platform, but I’ll dig into the system and see if there is anything else new. Oh, and yeah, 3.1 still doesn’t bring microSD support to the Xoom.