The name Clearspring Technologies may not be terribly familiar to you, but chances are you’ve often clicked on or at least come across its AddThis buttons, which are plastered on publisher sites Web-wide.

The U.S.-based social sharing platform company this morning announced that it has raised a whopping $20 million in a Series D round of funding led by Institutional Venture Partners, with existing backers such as NEA and Novak Biddle Venture Partners participating.

The investment comes as the company, which was founded in 2008, is experiencing rapid growth; Clearspring says it is hiring a new employee almost every week.

The company’s AddThis sharing tool is currently deployed on 9 million websites worldwide, Clearspring says, enabling users to share content with others through more than 300 social networking services in 70 languages.

Sandy Miller, a partner at Institutional Venture Partners, which also invested in high-profile startups like Twitter and Zynga, says Clearspring currently processes some 10 TB of data every day, “as much data per week as the entire digital Library of Congress has stored online”. 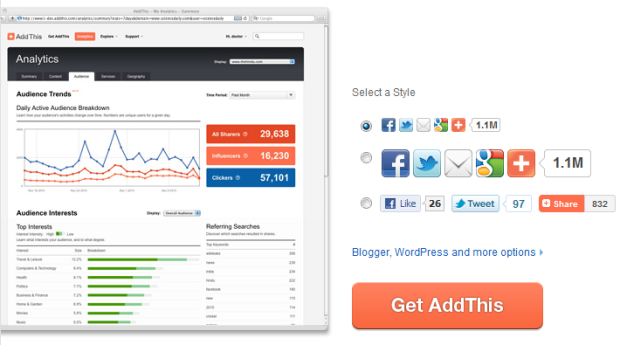 Clearspring says the funding will be used to develop new and enhance existing publisher products and bolster its advertising offerings – the company makes money by gathering insights on what large scores of Internet users read and share with their friends in real time, and selling that data to companies who can benefit from these insights (think ad exchange operators and demand-side platform providers). Revenue is on track to triple this year, the company claims, although absolute numbers to back that up were not provided.