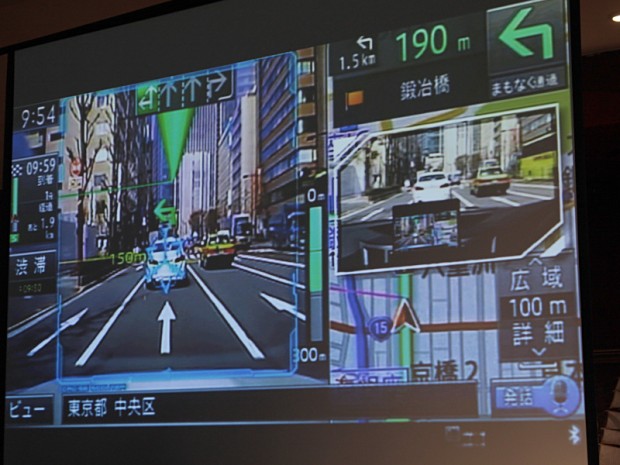 Pioneer in Japan announced [JP] a number of new car navigation systems today, but the AVIC-VH09CS took the cake: it’s what the company calls the first in-dash car navigation system ever to make use of Augmented Reality. And by the looks of it, the device produces some pretty cool results.

Technically, the system consists of: 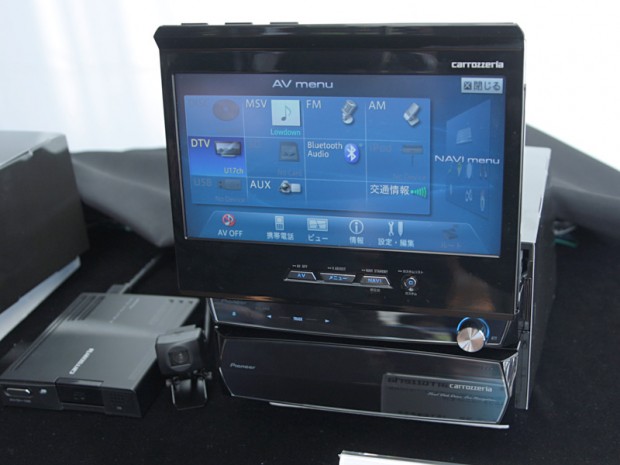 Obviously, the so-called AR scouter mode is the most interesting feature: the system “augments reality” by identifying cars, traffic lights, streets and other objects in the real world to help guide you through traffic (the camera has to be installed on the windshield and connects to the AVIC-VH09CS wirelessly).

For example, in the picture below, the system superimposes a Lawson convenience store (on the left, in blue) with a “3DCG” to make it easier to spot. 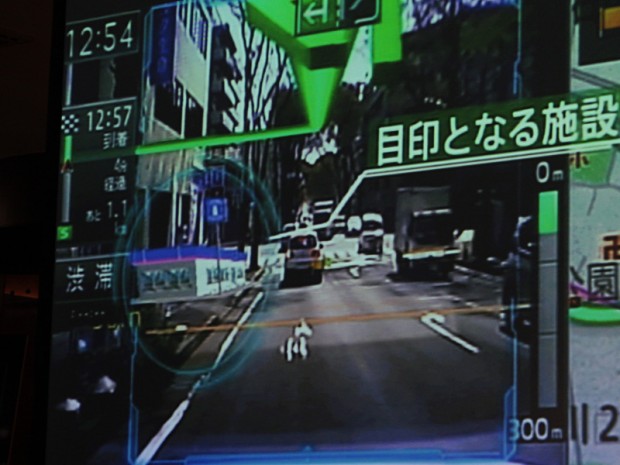 On this picture, you can see the device highlighting the lanes in front of you: 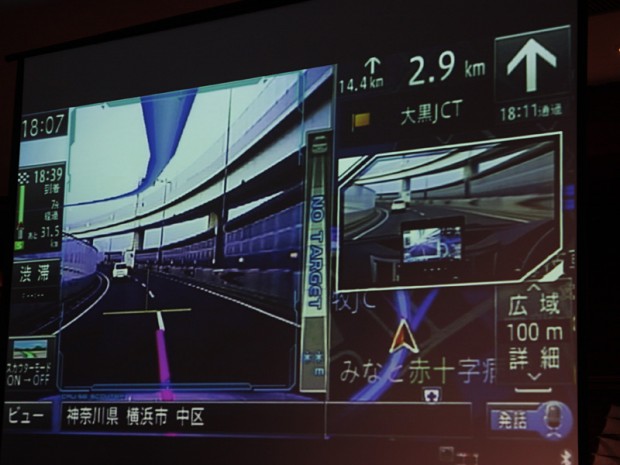 The car in front of you gets “augmented”: 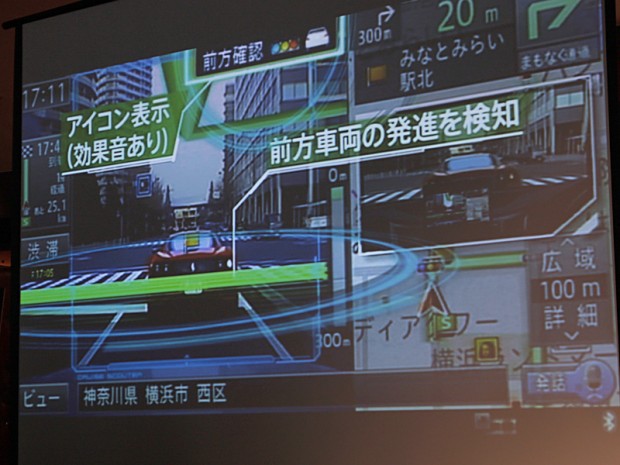 Pioneer plans to start selling the AR navigation system in Japan by the end of this month (price: $3,700).