Content Delivery Networks (CDNs) are not sexy. Most people have no idea they exist; those that do know that they make the web snappier by replicating content on multiple servers, typically in different locations. Big names in the space include Akamai and Limelight. Some CDNs offer APIs that make common tasks like video streaming easier. Not exactly the sort of thing people talk about around the water cooler.

But CDNs may be about to get a lot more exciting.

Today a startup called 3Crowd is launching a new technology called CrowdCache. The gist of it is pretty straightforward: CrowdCache looks to turn traditional commercial CDNs on their head by letting anyone create a CDN of their own using their own servers and PCs. Or, as founder Barrett Lyon puts it, it’s essentially allowing you to create your own (benevolent) botnet and use it to serve up content on the cheap. And if it works, it could have some major implications.

The problem with current CDNs, Lyon says, is that none of them provide businesses with the software required to run a CDN on their own hardware — you have to pay them and use their infrastructure. 3Crowd is taking a completely different approach: you install a small, free Java client on any hardware you’d like to use as part of your CDN, then manage that hardware using 3Crowd’s web interface, which you can use to create complex rulesets (including load-balancing), keep an eye on stats, and more. 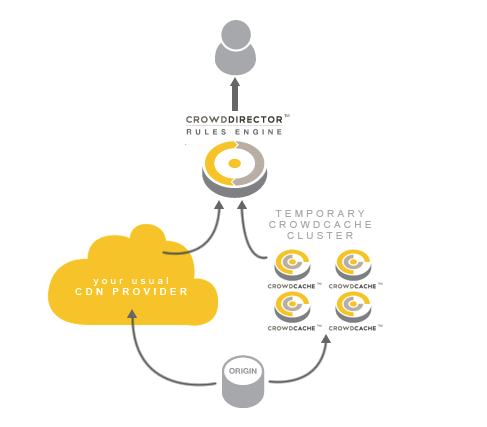 Lyon knows this space — he previously co-founded BitGravity (itself a traditional CDN), which he left in 2009 to start 3Crowd. The company has raised $6.6 million from investors, who include Kevin Rose, Jay Adelson, Canaan Partners, and Storm Ventures.

Initially, 3Crowd is catering primarily to an interesting mix of clients including carriers, hosting companies, businesses and universities. Using the software, Lyon says that a hosting company can now provide a streaming CDN service by simply throwing it on one of their servers (likewise, a customer of a hosting company could throw the software on their own instance and use that as their CDN). Big phone carriers who are frequently serving up content can now act as their own CDNs. And universities can take advantage of their excess bandwidth and use it to help distribute content and software they support.

3Crowd already has some very major clients, though it can’t disclose them yet. And its future plans are even more ambitious.

For the time being Lyon expects most of the CrowdCache Java client installs to come from institutions and companies that are running it on hardware they control. But in the next release (around six months from now), software companies will be able to offer the CrowdCache client to their users, who will be able to allocate some of their excess bandwidth to serving content for that application. This isn’t a new idea — Joost tried something similar to this with its P2P video app — but Lyon says this 3Crowd is using HTTP rather than a proprietary protocol, and it has broader applications.

Even further down the line, all of these CrowdCache client installs could eventually be used to serve content for a variety of websites, applications and services. Users will be able to sell their excess bandwidth, creating a federated CDN that could totally reinvent how content is distributed and lower bandwidth prices significantly.

But that’s still a ways off. For the time being 3Crowd is still in Phase One, and it seems to be going very well for them. The company makes money based on how many requests a client uses (you can see a breakdown here), and there’s a free package for ‘Garage Startups’ just getting off the ground.

CrowdCache is actually the second product 3Crowd has launched — it previously released CrowdDirector, a load-balancing service that can be used to manage content across more traditional CDNs. 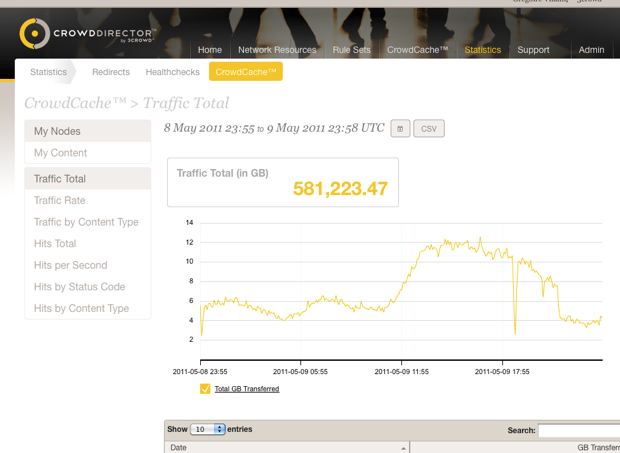