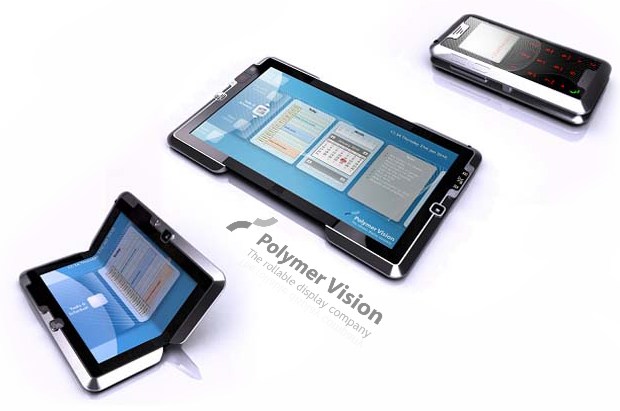 Remember the Readius, an e-reader with a foldable screen? Vaguely? The last we heard of this device was back in 2008, so we were pretty sure it was kaput, but apparently the company has been bought and the project funded. The device may actually live to see daylight! 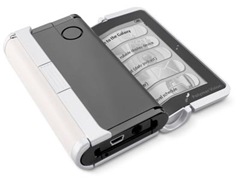 The focus of Polymer Vision has always been flexible displays, and they were certainly among the first to show off such a thing when we heard about the Readius in 2007. Since then, many companies have started looking into it &mdsah; just a couple days ago we posted about E Ink’s latest attempts.

The new device is… well, actually, there isn’t a new device. Not yet. What you see at the top of this post is just a concept. For the life of me, though, I can’t figure it out. First, I don’t know why you would want it to fold up into a candybar phone. And what’s with the two screen sizes? It can’t be both. Folding is one thing — stretching is another (though it may also depict a couple different devices). It’s also full color, while the first was a passive monochrome display.

The final design will probably be nothing like this, but now that they’re out of stealth mode, we may see a real device later this year or at CES. Folding is definitely one of the more interesting features e-readers could add, so I’m looking forward to see if they can pull it off.