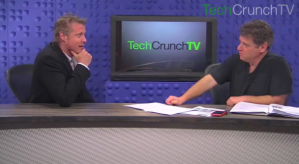 Ze Frank wants to send us all back to kindergarten. Star.me, Ze’s soon-to-be fully public startup, which raised $500,000 from star-struck investors including Gary Vaynerchuk and Ron Conway, is an attempt to reinvent the kindergarten’s star system of rewards.

As Ze told me when he came into the TechCrunchTV studio earlier this week, “stars are good.” They make us human, they allow us to display our emotions and become children again. But the funny thing about Ze is that, in building his new online kindergarten, he’s had to become an adult – fancying an idea, raising capital, developing a business model, leading a team. And, as he confessed to me, becoming the CEO of a funded startup hasn’t always been as easy as he first imagined when he founded Star.me.

This is the first part of my conversation with Ze. On Monday, he tells me why the future of play is a “hot thing.”

Ze on why we need (yet) another social startup

Ze on why we all need to go back to kindergarten