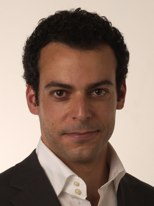 FindTheBest was founded by DoubleClick cofounder Kevin O’Connor so Yaghoubi and O’Conner go back to their DoubleClick days. The startup launched late last year, took funding by Kleiner Perkins Caufield & Byers in December, and has been growing fast. The site now has 1.5 million monthly users, after only six months open to the public.

What makes FindTheBest unique is its ability to compare in-depth searches that crawl large amounts of data. For example, the engine is perfect for comparing colleges, allowing you to compare universities by acceptance rates, SAT scores, tuition, and more. As we wrote in our previous review, the quality of the data they’ve gathered from government and other trusted sources, the transparency into how the data is sourced, and the tools available to slice, dice and manipulate it make FindTheBest a compelling destination.