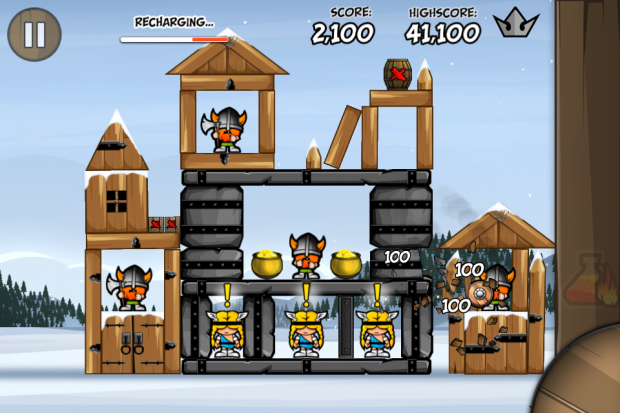 Remember Crush the Castle? Although the upstart Angry Birds has overshadowed their glory, Crush the Castle was one of the best “throwing stuff at stuff” games on the iPhone and iPad. To that end, the company has decided to create Siege Hero, a more cartoonish sequel to the more realistically violent CTC. I haven’t played it yet but I hear it’s fabu!

The game will be available on the iTunes store next Tuesday but I can get you a copy right now. All you have to do is Tweet me at @johnbiggs or email me at john at crunchgear.com with the subject like “SEIGE ME.” Mention what version you’d like, iPad or iPhone, and I’ll give five to the twooters and five to the emailers, first come first served.

UPDATE – Just gave them all away. Thanks for playing!