The online dating industry majors rely on a fundamentally broken model, which may be good for their short-term balance sheets and providing people with meaningless entertainment but, as matchmaking service providers, severely limits them in offering people a genuinely optimal way to find that special someone, Zin.gl founder Alexander Dresen told me in a recent meeting.

In that meeting, I was given a preview of the new version of Zin.gl (now live), Dresen’s take on the perfect online matchmaking service. Zin.gl was designed not to appeal to masses of users, most of whom sign up for online dating sites only to get disappointed by those services when they fail to find a genuinely good match anyway.

Zin.gl instead aims for quality, not quantity, having developed a way to mine existing social networks such as Facebook, LinkedIn, Twitter and Foursquare for valuable ‘dating information’, and then feeding that wealth of data into its ‘social matching’ systems, all in an effort to connect singles with others when they have common interests, live nearby, and so on.

The company says this is all done securely and with utmost respect to user privacy, but obviously this approach isn’t for everyone. I, for one, find Zin.gl interesting as a concept, and potentially one that could help solve a real problem faced by many worldwide.

Dresen says he and his team have developed technology that enables people who sign up for Zin.gl to find only truly compatible dating partners, with unquestionable real identities (something that he says is extremely rare with traditional online dating sites).

In other words, no questionnaires to fill out, no psychological tests to be carried out, and a minimum of lying upon profile creation. Dresen says a lot of information about people is already out there, and can be mined to find qualified matches for singles.

That is, of course, an easy thing to say but a much harder feat to actually accomplish, so the proof of Zin.gl will be in the pudding. Be sure to let me know if it works for you, or not at all.

The company has raised $600,000 from angel investors, including Fred Destin from Atlas Venture. 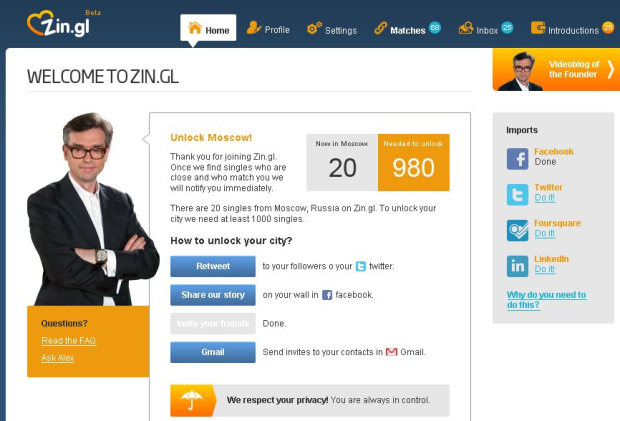 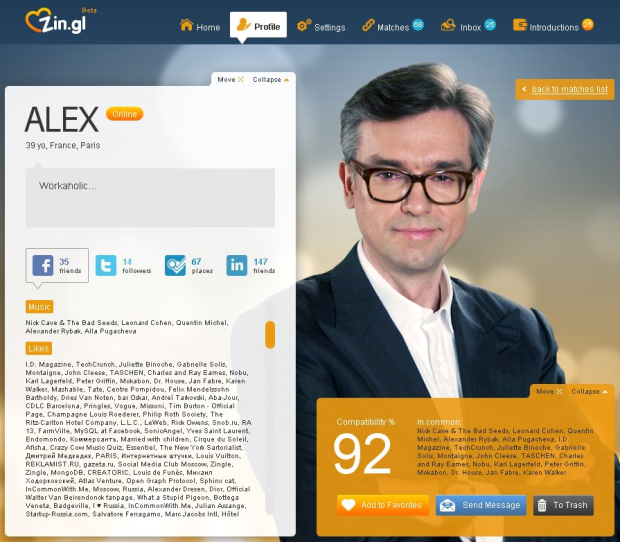