The new version of the desktop app includes threaded conversations (a much desired feature), and a notifications tab, which will aggregate all of your new messages, @mentions, replies and more. The new app also includes the ability to view direct message to and from colleagues and allows you to create, edit, and use topics to tag content in internal communications. Additionally, a document viewer allows users to access, edit and comment on documents within the feed (via a browser based viewer).

As a user, the addition of threaded conversations and notifications seem like the more significant features in the new version of the app. To be honest, I find AIR-powered apps to be incredibly buggy, a sentiment that my colleagues share as well. A native Mac Yammer app would be ideal, or Yammer could just buy Gabble, who develops a native app for Mac OS X. 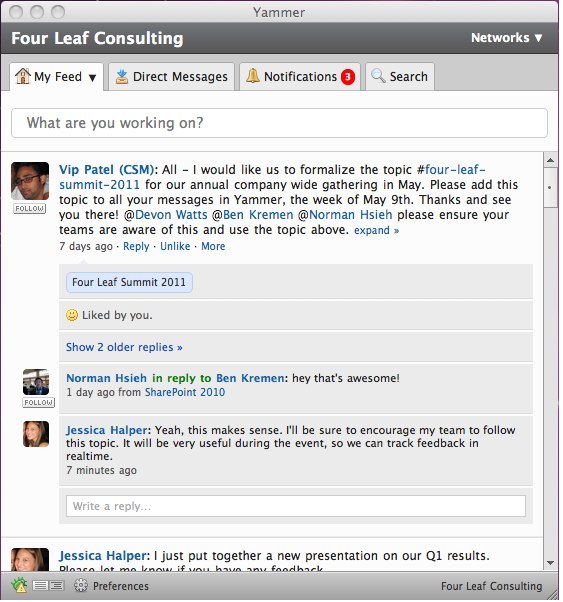