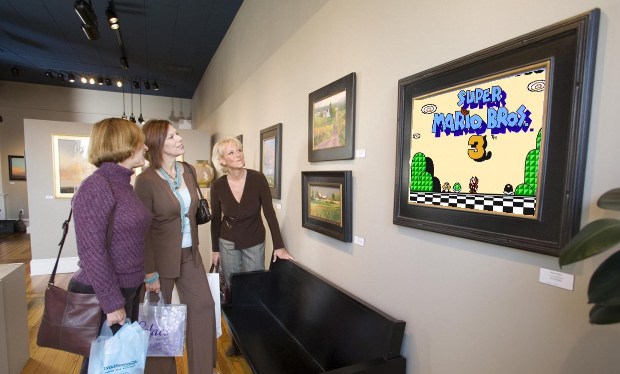 Now here’s an exhibit I would be tempted to spend some time on. The Smithsonian has been working on putting together a collection of games for an “Art of Video Games” exhibition, exploring “the 40-year evolution of video games as an artistic medium” — and believe it or not, it’s actually respectful and comprehensive. What, video games being treated seriously as a cultural and artistic force? I won’t believe it! I can’t!

But it’s true. I imagine this is partly because the results are based on voting by the gaming public. You can read the whole list here (pdf). It starts with Atari and ends with PS3, leaving out only true outsiders like 3DO and handhelds (a notable but understandable exclusion). 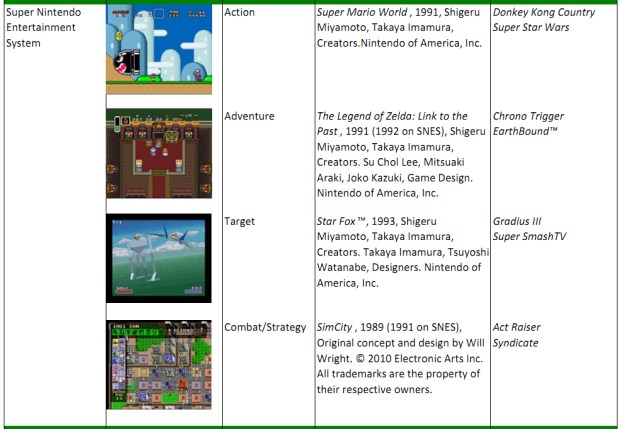 My impressions? There are a few omissions and suspect choices, but for the most part this is a damned good list. They’ve got everything from Combat to Portal on here. And their categories (action, adventure, target, and combat/strategy) are remarkably well-chosen. I would have gone with action, adventure, sim, and shooter, personally, but these are decent.

Let’s see, though, this wouldn’t be a blog post without a little carping. What’s the deal with:

And one pervasive issue is the inclusion as a “definitive” game on a system a game that was on multiple platforms. Why does N64 get Worms: Armageddon and Saturn get Simcity 2000 when both were really PC games?

But other than these minor issues, this is a fantastic list and I’m sure they’ll put together a hell of an exhibit. If you’re in the area, you should definitely stop by the museum next year between March and September. Don’t worry, we’ll remind you.

[via 1up, which just got bought by IGN]