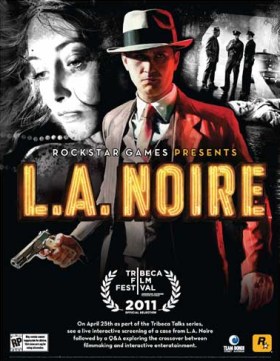 LA Noire, one of the biggest games on the table this year, will be shipping for Microsoft’s system on three separate discs, and while they assure us it’s “hassle-free,” it’s still three discs. The PS3 version will fit on one 25GB Blu-ray disc. Now, I’m not saying one version is going to be better than the other (or all I know, the PS3 version has higher load times or more compressed textures), but this is definitely a score for the PS3’s larger format.

Maybe I’ll wait for the PC version, which will come on no discs at all.